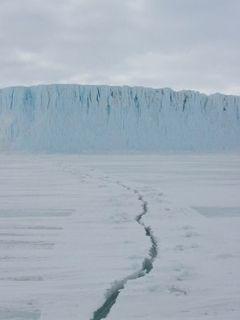 I’ve lost four of my inner circle since this Pluto transit came in. Each of these people were profound friends who I believed were permanent fixtures in my life. In fact, two of them I have known for decades so the loss has been beyond shocking, it’s been staggering.

And lucky for me I’ve had not time, energy or space to process this except in bits. If I have a defense system I would say it’s working well but I don’t really think that’s it. It feels more like a glacier that’s cracked and come apart. You don’t think this can happen but once it does, this big chunk goes floating off and there is nothing anyone can do to put it back the way it was. Things immobile are set in motion and that is all there is to it.

So I’m thinking about this as the Moon in Gemini squares Uranus and moves towards its opposition with Pluto and it is a comfort to me to see these separations as part of a natural process. Apparently these relationships had a certain lifespan and it’s been exhausted. And this seems okay to me now that I am getting used to the idea there will be no reattachment. The ice chunk is simply being carried away from as opposed to back to.