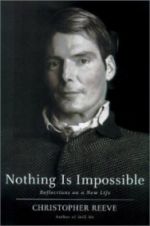 Yesterday I wrote about Christopher Reeve, a man so buoyant that even when he’s dead, he’s still – UP. I mean, it’s just impossible to think of the guy and end on a down note.

Lupa came on and said that like me, she could access happiness via focusing on the feeling of the sun on her skin and credited her natal Saturn in Pisces (A Saturn Neptune exchange).

Well my daughter has Saturn in Pisces. She also has Jupiter in Sagittarius trine a 9th house Moon and I am telling you that girl is not going down. Anyway you turn it, she is a streak across the sky and it occurs to me with Pluto retrograde applying in aspect to my Moon that my daughter is one of those people (like Christopher Reeve) who never really die. Oh, maybe in a 100 years but you get the idea. My daughter is UP.

She is up and even when she is down she is actually up, I think she gets it from her Mom.

(Her Mom gets it from Henry.)

Does he look dead in that picture? Of course not.

Are you hard to kill or do you know someone who is? Give us the astrology… 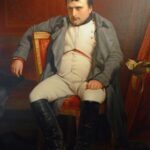