Another thing happened on this trip, it was surprising and it was a first.  Someone asked about my daughter.

Now you all know I don’t write about my daughter. I used to write about her daily… multiple times a day actually but have written very little in the last five years because the story is just so impossible.  But I found myself standing in the kitchen (catch the Moon reference) with the soldier’s old pal from back in the day and my daughter came up.

I knew this man too, 30 years ago and I liked him very much. It took me all of 4 seconds like him very much again. He’s got energy that is quite astonishing… very Henry-esque. As a matter of fact he does motorcycle stunts too, and has an ocotillo fence at his house but anyway, I sure like the guy and his wife and his daughter and we were standing in the kitchen that last night when he asked, “So what about your kids, Elsa?” We were standing there, he was standing very close to me and I looked at him.  “Um…”

“Yeah.  We didn’t hear about your kids. How are they doing? We heard about your son some but nothing about your daughter. How old is she?”

“Um…” I had this cross-eyed look on my face and the man is super intuitive. There was some communication unspoken. ‘She’s uh… she is 13 now,” I said.

He knew something was off like when you step in a pile and at that moment I could have done anything I wanted because he is not an ass. I thought about a second and then started taking.  “Well see, my daughter, she doesn’t live at home,” I said thinking I might as well start at the end. Otherwise the story is too overwhelming, see.

And I went on to tell him and his wife the whole story with the soldier aiding by filling in details and his perspective on the situation. We only had to talk for 3 minutes or so…

“I think I get it. You’re painting a pretty good picture,” he said.  “It sounds like..”

On our way out to dinner we piled in the car and I continued to talk. If you are going to tell a story, may as well tell the whole thing. One graphic shocking thing after another rolled off my tongue, the soldier still filling in details.

“I suppose it is unlikely but if you ever know someone in a circumstance like this, here is the genius thing to do….” I said, explaining and outlining the action I took.  “It took me forever to figure that out and thank God I did.  Thing is no one knows what to do in a circumstance like this because the circumstance is completely unique.  It is rare so you’re on your own and I have no idea where I’d be right now if I’d have not thought of this.”

“So there you go,” said wrapping up as we pulled into the restaurant parking lot. “There is a story you will never hear from another soul. Sorry I had to tell you but… I just didn’t think I should dodge the question.”

I found out I could outline what my family has been through over these last years in succinct fashion to someone with no background at all. Thing is it had more to do with them than it did with me.  These people are brilliant and they are sensitive but it was still eye-opening to me. With a little more practice I may be able to talk to the masses. 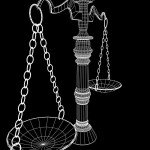