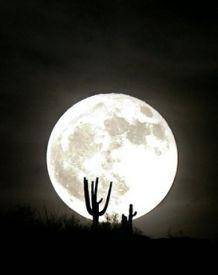 Here’s a little Pluto Moon bit I stumbled on today. I know you guys like this stuff though I don’t know why. I will try to figure it out one of these days if I can get around to it (or someone could just tell me) but in whatever case I realized today that my daughter and I read situations (and the people in them) almost exactly the same way. There may be a subtle difference but whatever it is it’s insignificant. Chances are if she meets you and I meet you we are going to size you up exactly the same way.

In contrast my son and I have some commonality but it nowhere near like the situation with my daughter. For example we both are crazy wild for the soldier and we like him in the same way. We like to lay on him or across him for example. His physical presence is very comforting to us and we have a very similar appreciation for his stories and his religion. But that’s about it. When he brings a pal over or if we meet someone in the world it’s very clear to me that his impressions and opinion of them is completely independent from my own. So here’s the Moon part.

My sister has also come up over these last days…. we have similar charts. We also grew up together and blah blah. Same environment and while we had common interests (astrology) we have very different reads on things. For example she loathes a Scorpio Moon – My life is full of them. She loathes a 12th house Sun or anyone with significant placements in the 12th for that matter and again, my life is full of them. I could go on but maybe you get the point.

She’s a Mercury figure in my life (siblings… neighbors). My kids are much, much closer. But here’s the other piece.

My daughter and I absolutely draw the same conclusions about people an at the same rate of speed for the same reasons but what we do based on our knowledge is miles apart and I think this speaks to Moon Pluto. It’s instinct see. It’s instinct and then you act which is a completely different function. I got her out of my body you know.

Who do you have the most in common with?