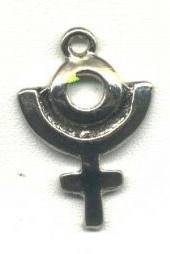 I had such a deep sense of foreboding on Monday. The soldier has some significant stuff crop up but I still didn’t think it accounted for my feelings and unfortunately I was right.

Pluto is now retrograde heading back into Sagittarius. People with planets in the late degrees of the Mutables get hit one more time and I am one of them. When Pluto began applying to my Moon (children) about 5 years ago my daughter became ill. It has been intensely difficult for my family since. We have had no respite at all.

Like the well analogy I used last week, it’s a gradual descent. You get acclimated to how bad it is so that you can cope three months later when it gets even worse (deeper). I came to terms with the fact my daughter may not survive nearly two years ago and who would think it could get worse than that?

Well it can get worse than that. I can and has gotten much worse than that and then yesterday I saw so much horror, I could not come up with the words to describe it to anyone. She’s my child, see? It was not supposed to be this way. I had such high hopes for her and it’s very hard to convey the feelings.

I struggled last night with the yesterday’s events. I told the soldier I thought I should watch myself very carefully today. I simply have to stay on top of this situation because I know I am in territory and suffering things that many (most) would not recover from. So I am doing this. This is exactly what I am doing and then this afternoon I got a call I did not expect… at least not so soon.

The call was short, the trauma blunt. I don’t think my daughter will ever live at home again I just have no way to describe how I feel about that. I could stare at you, that’s about it. Pluto Moon.