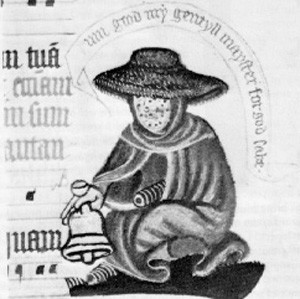 Every five or six months, I weigh in on this transit.  Pluto moves slowly, so updating twice a year is plenty. I started posting about this transit in 2007. If you read the posts, backwards (tag- Pluto Transit 12th), you’ll see it’s been something else.

I’ve been diagnosed with Lupus – this is the real (Capricorn) root (Pluto) cause of the way I have slowly withdrawn, and nearly or actually disappeared from a number of people’s live. There is a of fatigue with this disease, and loss of control. It’s confusing (12th), and I can put this in simple terms.

If you’ve had good skin all your life and all the sudden, your face (and lips) are covered with sores that you can’t get rid of for months and months that turn into years, is that not confusing?

It’s confusing, but it doesn’t kill a person.  Who’d have thought that the antibodies inside my body, were attacking the healthy skin on my face?

I’ve maintained a social life to some extent, sores on my face, or no. However, it’s taken an effort.  Just imagine it. Going out to meet new people, with your face covered in sores. You sort of pretend your face is not covered in sores, subtly forcing them to do the same? There’s definitively a path of less resistance. Stay home! I chose it more and more frequently as the months have passed.

But now I have this diagnoses and it’s helped me a lot. My skin has been clear for the first time in several years.  It’s not clear now, but it was briefly and it’s nowhere near as bad as it was.  I’m also confident it will be clear again.  I am getting better.

But the old confusion has been replaced by new confusion. For example an anti-malarial is supposed to work to suppress the bad antibodies, without affecting the overall effectiveness of my immune system. Isn’t that weird? They don’t know how it works.

The other drugs they use to treat lupus do suppress your immune system. We’re all familiar enough with HIV to know what that means.

Anyway, I written about trolling the deep like a submarine and this is still the case. I am in contact with few people, and I realized today, that they are talking more to my outline, then they are to me.  They are talking to my approximate location…and this is what prompted me to write today.

There is really nothing that can be done. I am lost, deep the abyss.

My husband (retired Special Forces) was given an anti-malarial drug before he went on missions in areas where Malaria was present.  He said the would start him on them, six months ahead. This is simply how long it takes for this drug to become systemic in your body. So think about that…

One day I had no sores on my face, one day I did. Years passed.  By now, I am known and recognized as a woman with sores on her face.  But then they disappear.  For no apparent reason.

Since starting treatment, I have enjoyed a few days with no sores on my face and I was shocked at how good I looked. I looked like someone who has never had a sore on her face in her life. It’s pretty disorienting, actually. For me…and maybe for others as well.

It’s all so ethereal.

Wasn’t she a leper? She was, wasn’t she?  That woman with the sores?