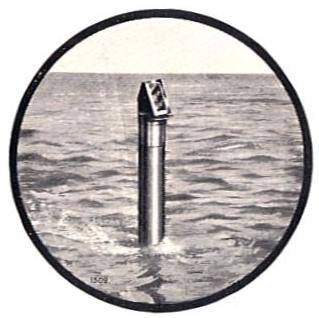 It’s been five months since I checked in with this transit. If you want to go deep into this transit, I’ve been chronically it since 2007. That’s nine years…see tag – Pluto transit 12th.

I’ve been suffering privately for the last couple years. This has nothing to do with illness.  It’s completely unrelated. I’ve been profoundly confused (12th) as to the real (Capricorn) source of my pain (Pluto). I’ve simply not been able to figure it out.

I’ve asked for help. In some cases, I’ve begged for it. But it’s just not out there to be had – clarity anyway. I can’t tell you how God-awful it’s been. I simply don’t have the words.

About a week ago, I began to get an inkling what I’m dealing with. I don’t know how this happened, but all the sudden I had a potential key.

I started shoving the key into every lock I could find. I can’t even describe how I felt when it seemed to fit in a few of them. You know how you feel or hear or sense the tumblers in lock, be manipulated by a key. I did not feel surprised so much as great disbelief.

If you look for something so hard, for so long, there comes a point where you think you’re not going to find it. You’re going to have to live, never knowing how you’ve screwed up your life to this phenomenal degree.  That’s where I’ve been.

Maybe you can imagine the joy I feel to possibly have some insight.  I’m too cautious to say, I’ve figured it out for sure. But here’s the thing. It’s going to be a secret. I’m going to have to keep this a secret, at least for the foreseeable future.  And that is what this post is about.

Most realize I have a packed 8th house. I’ve spent my life having to contain things too ugly, painful or disturbing for general consumption.  It’s like I’ve no choice but to swallow the thing, live with it inside me, while it transforms. Or I transform. I’m not really separate from the thing that I’ve consumed, so there you go.

People say things when you hold something like this. They’re so phenomenally stupid, but you can’t refute them because you’ve got to keep the thing you’re keeping. It’s got to be kept on lockdown, no matter what the cost – period.

I don’t know what happens now. It’s not going to be good, but I always find a way.

It’s getting easier to do this. I know this is not popular to say. I’m supposed to whine about how bad things happen to me again, but in reality, I’ve been keeping horrible secrets for as long as I can remember. I have been walking around like this all my life…surely, I’m equipped by now.

To put this in perspective, I started this series writing about how the internet said I would become repulsive during this transit. I did walk around for several years with open sores on my face, due to Lupus. Who knew?

Pluto has gone deeper into my 12th house and taken the disgusting stuff with it.  That’s the deal right there.

I guess this might all come to light when Pluto crosses my ascendant. I don’t look forward to that, but I expect to be equipped by then and I will step up.

I have two old men around now – Saturn figures. They are clearly here to help and support me. This is another reason age and experience are an asset. You learn to recognize things like this…especially if you quit whining. 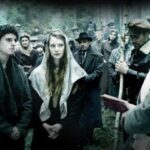 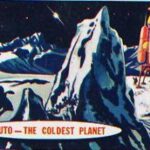 Pluto Transit Through The 12th House (Mine) – Ethereal Transformation