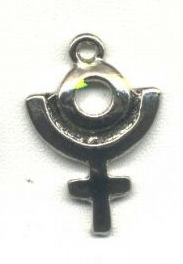 People bother me when I write about things that are “morose”. It always surprises me because these deeper topics are my favorite things to write about. Sin eating. Death customs. And my personal favorite – firsthand accounts of truly horrible real life happenings.

Pluto is deep in my 12th house now. I’ve pretty much disappeared from public life.  For example, I haven’t made a video in several years. I’m just to deeply seated right now…to come to the surface and sit in the light.

I mentioned that my husband and I purchased a niche in a local Columbarium. Emphasis on “a” because we were going to purchase two of them, side by side.  My husband made a lot of jokes about wanting to be able to stretch out in there and how I talk too much and such. But in the end, he decided on one niche, which surprised me.

I didn’t ask him why he changed his mind. I just asked if he was sure about the decision. He was.

We paid for the niche several weeks ago, it was not until this weekend, it hit me…

My husband has always said, if anything happened to me, he would never remarry. There would be no chance of it. ZERO. He always said he figured that I would remarry. I never said one way or the other – this is not something I like to think about. I mean, I suspect I would not remarry, but that’s not the kind of thing I would say unless I was certain.

But this weekend, I realized that by opting to buy one niche, he must figure this is it for both of us. Because it one of us dies before the other and then remarries…well it would be awkward, don’t you think?

I know people face things like this, but he and I are in a small community, where we’re known as a couple.

I think this struck me because I’m such a run-around kind of gal.  I go from here to there. I move ahead. So this is end game and it’s something I’ve never faced and looked at before.  It’s a final contract.

Pluto will cross my ascendant in 2020. I hope we both survive that, I don’t know.