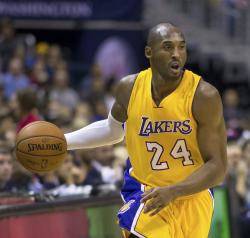 Neith writes: “There is this whole dynamic w/Mars in Scorp particularly, that attracts the submissives looking to get walked on…”

Neith, thanks for writing that on my blog! I have said many times if I were a man I would be very wary of being accused of rape… ala Kobe Bryant. Did that girl go to his room looking for sex but wind up getting more than she bargained for? I have no idea, but I do know there are men (usually black men) who spend their lives in prison for rapes they did not commit.

Every once in awhile we hear a story of someone exonerated by DNA after spending decades imprisoned and I relate to those men. I can (easily) see how this could happen and I think if you have this kind of energy you have to beware who you share it with because if they are unstable, you’re going down.

This type thing has happened on this blog, though not recently. Someone will come along with some post so stupid; anyone who reads here just knows there is going to be a bloodletting. So of course I do my job. My work is out here for anyone to peruse so people should have some idea what do expect. So I cut them as they’ve asked me to and then the person cries “victim’.

Having had this happen a few times, these days when I get a spectacularly stupid question I take a pass. Because you can imagine how it goes. “Look what she did to that poor girl…”

But fact is that poor girl is going to die of her (metaphorical) cancer if someone doesn’t cut her. So I am doing a favor but at times this is a thankless job and sometimes I get a wholly negative return for it. And having tired of this I try to screen the questions and I have put it in exactly these terms to my inner circle:

“If you don’t want to get laid, then you probably shouldn’t get in a bed with me.”

Maybe Kobe ought to pick up on that…