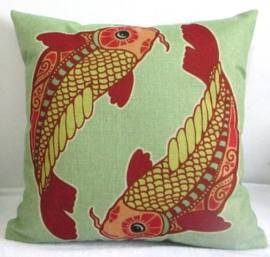 I once knew a mean Pisces. She had a boyfriend and he was great. She was great too, but not to him!

The Pisces had lots of friends. She had tons of friends and tons of family.  Her boyfriend was a patient man who always treated her well. Taurus.

She told me what a moron her boyfriend was.  She’d sent him to the store for toilet paper. He came back with one-ply tissue, rather than two-ply or three-ply or eleven-ply.  She read him the riot act over this.

“How can you be such stupid idiot?”  She said she bitched him out for a half-hour.

I was appalled at the stories she’d tell me in regards to how she and this man interacted. There were a lot of them.

I asked her why she was so compassionate with everyone but him. She thought it was a good question. She was a double Pisces. With her Sun and Moon in the sign, she had no shortage of Piscean traits.

She said that she could easily forgive a convicted child rapist or murderer, just not her boyfriend who had the balls and misfortune to come home with the wrong toilet paper.

Then Christmas came. The Pisces said she had a bunch of presents under the tree.  She said there were tons of them, from her family and friends who loved her.

She said that her boyfriend, the twerp, only had presents from her. He didn’t have a family, see? And he didn’t have many friends or maybe he did not have friends with whom he exchanged gifts.

She berated him for this. “You don’t have presents like I do, you must suck…”

I didn’t see her after that. I couldn’t bear her cruelty. I got tired of hearing about how great she was up against her lowly boyfriend.  And the astrology?

The Pisces had Pluto opposing her Sun and Moon. Consequently, she externalized her shadow. She was not the ethereal goddess she thought she was.

If you have Pluto opposing your personal planets, natally or by transit, watch your blind spot!