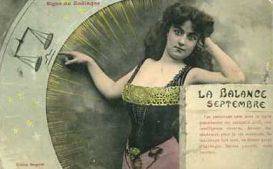 I’ve got this Pluto Moon transit going and all kinds of things disturb me. For example, I mentioned last night the soldier and Vid and I rode our bikes / skateboard to the store but I did not mention we passed by the place where my daughter was hit by car on her bicycle last year.

My daughter actually hit the car not the other way around, as four witnesses stopped to testify to the four policemen on the scene. The whole thing was surreal… my daughter was shook but not injured and I was in fact liable for the damage to the gal’s car if you can get your head around that but anyway, I am also disturbed due my contrary opinion where I actually mean “opinions”.

I disagree with a whole bunch of astrologers these days about upcoming Saturn Uranus opposition specifically and I wish this was not the case because I just can’t figure it out. Why do I have a contrary opinion, huh? Is it because I have Libra? Is it because I have Mars conjunct Mercury in Libra and I simply MUST take an opposing viewpoint? Or could it be I really know something?

There is another angle too. Uranus rules astrology so it is possible I am acting as the Saturn figure opposing other astrologers. Chastising them even – No you are wrong!

But I may also be the Uranus figure in the equation. I may be going against the status quo or the party line.

So anyway, this is the horrible crap on my mind tonight. I would like to agree with people but I don’t.

What are you all up to?