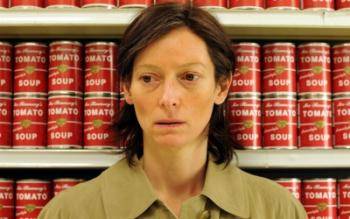 The movie, We Need To Talk About Kevin is a disturbing film, based on a fictional book about a psychopathic child. The teenager winds up murdering his peers at school, so it’s certainly a subject that’s relevant to the collective at this time.

The focus of the movie is on the mother. Her story is told through flashbacks of scenes of her son growing up spliced with scenes that depict her experience in the community after the mass killing takes place.

Early in the movie, she wakes to find people have splashed the front of her house with something red that looks like blood. I related to her, immediately, because I have lived in a stigmatized home most of life.  I’ve written about this before: Astrology, Murder And “Stigmatized Homes”

Unfortunately, I also know all about being the shadow mother. It’s a brutal experience; enormously demanding and challenging to endure.

I am posting this for people who have Saturn in Scorpio transiting their 4th house,  Pluto transiting their moon, people with Scorpio moons or moons in the 8th or in aspect to Pluto natally. You know…my people.

I do recommend this movie. I’m glad it was made.

Have you ever been cast as the evil mother or lived in a stigmatized home? What’s the astrology?