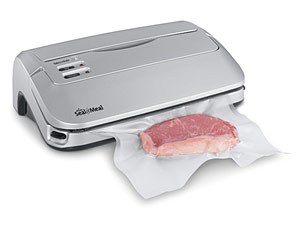 I’m sorry to be morose but this blog has always been about what I see and experience on a daily basis. At the moment I watching my city die.  Not a week goes by that I don’t find myself confronted with yet another, “going out of business sale”.

Now you’d think I was crazy if I told you I could see the writing on the wall about 6 years ago when I told Vid’s dad, “All these businesses are going to be close.  I started reporting signs of the death spiral to poor satori (I actually call people and discuss this stuff) about 8 months ago when I started noticing something I don’t think many would pay mind.  What I saw was sell-outs occurring in various places you’d not expect to see them.

Having been in wholesale I know it is very costly to have empty shelf space in a store. You lose sales like crazy so this is to be avoided at all costs and what I started to see was it was not being avoided.

I thought it might be a fluke but as I continued to monitor I could see it was no fluke. I simultaneously saw the quality of produce plummet and I figured it was a logistics problem. Fuel was really high at the time and basically they are not going to move that truck until it is cost efficient to do so among other things.

Gas prices came down but I have continued to see empty shelves in a variety of businesses and I am talking about innocuous things. Things like Orbit Spearmint Gum the the soldier likes. Where the hell is the gum?

I had the idea, best get used to this. It’s as if the days of heading to the store and having what you want be there (reliably) are over.

Today I needed dark brown upholstery thread and a needle. I went to Wal-mart and could not find the needles. I asked the gal and she said, “That’s because we’re out of them.”

She walked to the peg board and showed me where they should be. There were 5 empty pegs and 1 full peg – a needle that would suffice. I took it from the hook and asked for thread. Guess what? No dark brown thread. I can have beige but not dark brown.::sighs::

Oddly, I was just in another department to shop one of those “seal-a-meal” things. The soldier thinks it might work for his truck. You know him, he is looking for MRE’s. 😉

They did carry the gizmo, however guess what? They were out of the bags that go with the thing. ::shakes head::

I bought the needle, I really needed that thread. Because I know how things work I did not try another Wal-Mart but headed to Jo-Ann Fabric and Craft store. When I walked it looked like a third world country and you got it. They’re going out of business.

What this means is I will have to wait for Walmart to get some thread in or drive – I don’t know where to get the damned thread. I stopped at Micheal’s on the way home and they don’t carry heavy thread. I think this is depressing.

What do I do? Go to Walmart every couple days and see if they have shipped some thread? Based on my experience and observations there may be no thread for weeks. Do I call them every day to have my call routed around the store so I can ask about the $2.65 cent spool of thread? How much is my time worth?

In whatever case my town continues to die. Restaurants boarded up… or about to be. It looks more like a third world country. I am sorry but that is what we are turning in to, it’s happening right before my eyes.

As I drove home I saw people selling Tootsie roll pops are the entrances to the highway. Wonder who they were. They weren’t there a year ago, I’ll tell you that.

As I mentioned on the Astrology Blogging As A Business, watching this go down around me has led me to speculate which businesses will survive. I do see some strong models out there and as I went on and on in the comments on the blogging piece, I hope to be one of them.

I see this blog becoming more and more valuable to people as time passes. I am hoping that as people witness some (or more) of what I see everywhere they will realize the necessity to support the things like this that they value. Because a store like Jo-Ann’s is not going to open to replace the one we lost. Sportsman’s Warehouse, same thing.

You get the idea. These days when something dies something else is not going to spring up in it’s place. Nope… there is going to be a void period and I suspect it is going to be much deeper and darker and longer than most realize.

I’m pretty scrappy and I think I can sustain things however not without help.

What do you make of this?