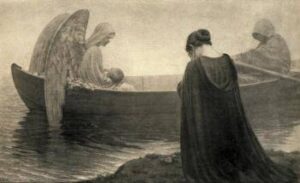 I’m back to write about my Pluto transit through the 12th house. If you’re researching this transit, click the tag. I been tracking it since 2008.

I’ve come to realize I prefer to either be fully alive nor fully dead. Natally, I have a packed 8th house. This might explain my extreme view.

I have Lupus. When the tide is in, I have very few, if any, symptoms. They’re there if you know what you’re looking for, but generally I appear not just healthy, but inordinately healthy and problem free.

This is because I have dimples. Seriously! People with dimples do not appear to have problems. Dimples and happy colors create an impression.

So that’s good. I feel great. I look pretty good. I’m definitely happy. I feel optimistic. A day later, I’m flat on my back thinking, Oh. My. God.  And I lie there, circling the drain, realizing that this thing I have is really bad and definitely going to kill me.  That’s it. The tide is out.

Later, I feel just fine. It’s confusing. This is another 12th house thing. Will someone please tell me if I am going to live or die?  And can we get on with it?

No one is going to tell me what’s going to happen, because nobody knows.  God (12th house) is the power in charge (Pluto in Capricorn).

I have to submit to this. There is no other possible choice. Oh! Like I can go yell at a doctor and that will help.

It’s been a revelation, that’s for sure.  I used to think I was in control.  That seems so stupid now.

There are a lot of gifts that come with this. For example, I can’t obsess over anything. Obsession dissolves.

Also, my faith (12th) is real and deep (Pluto in Capricorn).