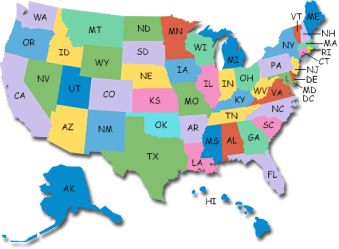 Alma asks on “What Are You Worried About?”:

“Elsa, you said you are “worried about the end of the United States” as you know it. I would be interested in hearing more about this, as it seems to be a topic on many people’s minds lately.”

Alma – I imagine I will probably do that but I have to get my nerve up. Do you know how many people hate me as it is? Damn.

I have to tell you I avoid as many things as humanly possible and if there is any way I can keep my mouth shut rather than open it and get pounded, this is certainly the choice I will make. However there are times I just I feel driven to write and when that happens, I’ve little choice because I will not let energy back up on me. But they way it is right now, when I try to discuss this stuff with even my inner circle there is resistance so I figure it’s just not time. I will say this though:

Currently the United States ranks 23rd in math and 25th in science (or vice versa, I heard the statistic in passing). We used to be leaders and the innovators but that poor performance does not jibe with the level of self esteem we have in this country but no one seems to notice.

I have already stated I believe “parenting” is utterly and completely broken. The children have control and they are not equipped to make good decisions with all of their 9 or 10 or 12 years on the planet but lets not tell them that or anything… might hurt their self esteem!

We buy and manufacture junk.. we design things so they will break rather than last and just overall I think our society is rotten at the foundation and will topple with Pluto in Capricorn.

Americans won’t do menial labor and pretty soon they won’t be smart enough (math and science scores) to do the high end work so where does that leave us, hmm?

What do you think? Anyone else want to stick their neck out?