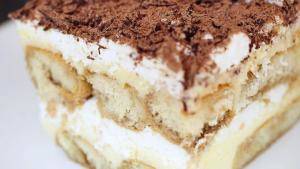 I woke up early yesterday, to make some tiramisu for some ladies at my hair salon.  It’s not a Southern dessert. It’s also slightly naughty because it has rum in it. These ladies don’t drink and they live in a dry county.

I told them I would make it for them, but they best not be spreading rumors about how I was a “heathen” with a giant bottle of rum at my house. They agreed to this condition.

I like the process of making tiramisu. It’s calms me. I needed that after this death situation. I’m surrounded by death and various other harsh things at this time, though I am doing well, personally.

I dropped the tiramisu off, once it had set.Unfortunately, I got in a (single) car accident on my way home.

Fortunately  no one was hurt. This was crazy-lucky, considering the circumstance. My car is certainly not okay and may wind up a total loss.  I’m pretty sure the death(s) contributed to the accident. I was distracted when I hit a slick spot. I spun into the guardrail that saved my life, popped off it, spun and hit it again.

This happened on a blind spot on a winding mountain road. Luckily, no one came around from either corner, smashing me (and themselves) to smithereens, before I had a chance to back my car up from blocking both lanes, and drive on…oddly, because you should see my car.

Anyway…today I saw my doctor. This was my last appointment after a solid year of non-stop trouble. I am well now, or rather, everything is under control.

“Feel?  Great. I feel, supercalifragilisticexpialidocious!” I said, with glee.

So now I am going take this Pluto Mars transit and work to recover my strength and overall prowess. If I don’t die, this is.

I’m starting with yoga.  I used to be an advanced student but I’m the bottom of the barrel now. I don’t care. I know what can be done and I’m going to do it.