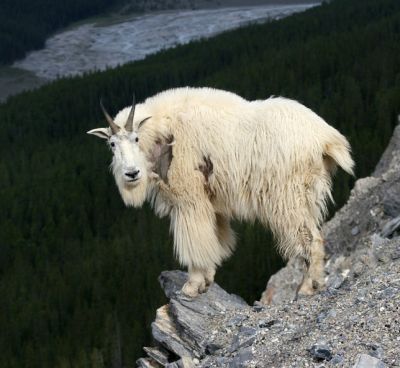 When I asked for people to weigh in on the path of least resistance, it was because I was thinking about children of divorced parents or perhaps parents who were never married. I think it’s a majority of children who grow up with their parents divided at this point the results or effects of this are  pervasive and beginning to show themselves.

I’ve been dancing around this topic for a year now – the shadow side of parenting – making the claim that parenting is “broken”.  I have feel this is the case and have strong opinions about it but it’s difficult to write about because it’s so easy to trigger someone(s) defenses as people are so heavily invested in this one way or the other.

This is vast topic so I won’t hope to summarize all the problems in a short post but I would like to present one phenomena I’ve observed to introduce this topic which we are eventually going to have to face and it involves, “the path of least resistance”.

When parents are split up, invariably they perform and compete for the child’s love and affection. This means they extend themselves… the be the “best parent they can be” which usually means indulging the child. Now I don’t mean this to criticize.  I think this is almost guaranteed to occur because in order to discipline a child or force them into learning hard lessons, you almost NEED someone to have your back. “Do what your mother says.”  That is what it sounds like but this does not exist. The message is, “Never mind your mother, come over here, to Disneyland.”

Now this is not man-bashing. Women are easily equally at fault as they do the same thing. “Never mind your father. Here, suck on this…”

The point here is the kid has nothing but the path of no resistance. He or she meets little hardship as both parents roll out the red carpet. There is no slap down. There is no respect for parents or other elders as of course both doting (competing) parents rush to defend “junior” when he runs into a problem at school up to and including lawsuits and other adult means of solving the problems of children so what do you think the kid learns?

satori pointed out during a conversation on this topic that the kids learn to triangulate in their relationships due this situation.  “How can I find a couple and get between them?”  She is right.

So now we have a generation (or two) with no idea how be cohesive and loyal to others be it in terms of a family or a country any other thing and this is one of the many dozens of reasons I think parenting is broken.

I want to point out, this need for support can be traced back to when the child is an infant.  As an example, my friend, HQ has a new baby and like all new mothers, his wife did not want to let her baby cry himself to sleep. Every mother reading this remembers that agony so how does this necessary thing get done, hmm?  Well the father backs the mother, yes?  HQ support his wife through the process and because of this, the kid stays on track.

As a disclaimer, I am not talking about every young person on the planet. What I am saying is if you’ve got yourself a selfish, self centered 10 or 14 or 19 or 24 year old child on your hands, you are by no means alone so what are we going to do about this?