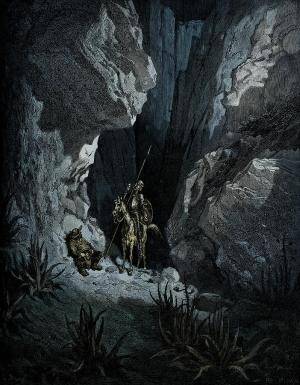 I’ve had a lot of emails about my back, it’s crazy healing and such. People want the astrology so here is is.

Jupiter, Saturn and Pluto in Capricorn are currently crossing my ascendant (my physical body).  Mars in Aries is squaring the stellium, this is textbook astrology.  But there’s more to it.

The 12th house hides things. My spine has been deformed and rotting for a number of years. It’s a burden (Saturn)!  It’s a true hardship, but even if I try to convey the situation, it’s denied.   Matter of fact, I fell a few months ago and went to the emergency room. They did a CT of my spine and said I may or may not need surgery. Um..?

When my surgeon cut into my back, all was revealed. I often talk about Pluto and turning up rocks to see what’s squirming beneath them. Bunch of worms, usually. Well that’s what happened in this hospital and if you have the whole picture, it’s even more stark.

Due to Covid, the fact we have animals, and the distance between my home and the hospital, I was dropped off at Valet Parking the day of my surgery. I went in alone. I didn’t know anyone and no one knew me. I didn’t care.  This was a date I was going to keep, no matter what.

As the planets crossed into my first house, the horror of my back was truly revealed. You see the astrology.  The 12th house fog dissipates and the burden is exposed. My surgeon was not disappointed! I bet he usually is!

Now I know astrology so I’m lying in my bed… whichever bed it happened to be at the time, knowing what’s happening here.  This was a climax from my perspective. I knew I could die but I thought I would probably just do what I always do, get up and move on.

I told them this by the way. “Them” means “everyone”.

When you have surgery of this magnitude, you’re asked a lot of questions by a number of people over a number of weeks or in this case, months. I know I can’t take a gift for granted but I told the truth at every turn. “I am a very good surgical candidate,” I explained, recalling the six batches of scones I baked, a day after I had a hysterectomy. “I tend to do really well and heal quickly…”

You know the nurse is thinking, “Whatever.”  But they ask so I answer, “I will probably just get up and walk. I don’t know why this is but I really don’t expect a lot of problems once this surgery is done.”

“It’s just a thing with me. Everything comes together pretty quickly…this is what’s occurred in the past, but don’t give me too many pain drugs or I will turn into a horrible bitch – very bad – this is not a joke.”

It’s at this point they count me crazy, perhaps, but I just don’t feel I should lie.

Everything I said, played out of course.  I wish I could say I was not a bitch! But I was a bitch. I was a monstrous bitch, which is exactly what happens if I am given normal pain medication.

For medical people, I am talking about one Percocet or in this case, one Norco 10.  You put that in me, you’re going to regret it.

No one believes me when I say that but they sure as hell find out. It’s such a mess. I know the things I know but mostly, I don’t know. This stuff is supernatural and so clearly up to God.

My husband thinks of God and love in terms of His being a black box. You can see all these wires going into the box, or snails or flowers or whatever… something comes out the other end of the box, but we can’t see how the ingredients become the result. We don’t know why, either.

For whose benefit (beside my own), am I able to get myself out of bed after spine surgery and walk around as if I’m in the park, looking for a picnic?

Here’s the first part of this:

I will write about the second surgery next and about some of the people involved in this. Just something to read if you like this kind of thing. Something for everyone, in a way.

Because I am not some kind of “light being”. I am raw and I am flawed, but I still have to live.  And this is pretty much what this stellium in Capricorn looks like, in human form, as it emerges from the hidden 12th house.