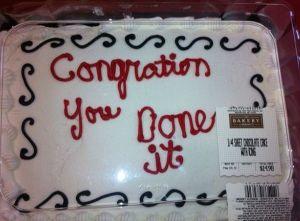 I had some other thoughts after publishing yesterday’s post, Pluto In Capricorn – Extreme Judgement Of Rotten, Horrible, Disgusting Parents…

First, I think that people who do this to their parent(s) will do it to you, too. But why?

I think this phenomena is a direct result of the dumbing down of out society. People can either no longer deal with complex topics, or they simply don’t want to.

In reality, it keep you simple.  She’s a bitch. He’s an asshole. She’s a Democrat. He’s a Republican.  She’s an astrologer. He’s rich.

How can this possibly say it all? How does it say anything?

When I was a kid, when someone called you a name, you were supposed to answer, “I know I am, but what are you?”

Pee-Wee Herman did a brilliant job with this…backwards.

It may not be popular to say, but you’ve got to be lazy and/or simple-minded to reduce your parents, in the way I described in the original post.  And it’s so obviously, affecting.

Men who hate their mothers, do not tend to make good husbands.

Either do people who write off a parent’s care and support of them, over many years, as if it’s meaningless.

If a woman cannot resolve her anger towards her mother, what’s that mean? That she can’t grow up? That she doesn’t want to?

There’s a song I like, Angel From Montgomery. It’s written by John Prine, who performs it, live, with Bonnie Raitt…

It’s the last line that applies.

“…How the hell can a person go to work in the morning
And come home in the evening and have nothing to say.”

I was a teenager, the first time I heard this song. I thought that was a wonderful question, and I still do.

How can a person ignore the complexity of their parent(s), or the parents of others, during their younger years?

Are you guilty of simplifying things to the point of stupidity?