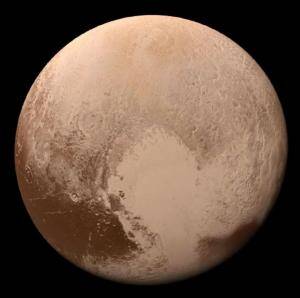 Pluto will turn direct at 22 degrees Capricorn in the early morning on October 4th.  Though it will head right into conflict with Mars in Aries, in the bigger picture this can only be good.

I say this because Pluto has been part of the 2020 stellium that has oppressed pretty everyone in the world many months. You can think of it like a storm cell that seemed to stand still. We’re all sick of it.

They say that time marches on. It’s kind of ominous.  We’re all on a slow march to the end of life. But they also say that time heals all wounds. It’s not a light-fare thing. It’s an insanely deep thing but that doesn’t mean it’s bad.  We’re rolling on!

Jupiter and Saturn move faster than Pluto. Both planets will ingress into Aquarius mid-December, 2020.  That’s it. No more stellium in Capricorn.  We’ll start to look at Pluto alone.  It will be different.

Pluto will not leave Capricorn for good until November of 2024. If  you have planets in the late degrees of Cardinal signs and you’re wondering how this looks for you, this post will help.

I’m one of the people who will not be clear for several (more) years. So if you’d buddied up to this blog because of our commonality; I will continue to cover it.

Who’s ready for this storm cell to move out? Is it everyone?