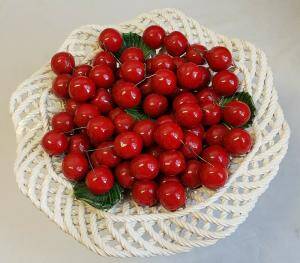 It’s getting harder and harder to offload problems onto other people or to avoid having them in the first place.  Very few people are getting their way. If a person is getting their way, it’s pretty much a given, they’ve probably suffered to be in their position, whether it be visible or not. No one seems to think that “life is a bowl of cherries” anymore.  It seems almost comical to think so many believed that for so long.

Try to figure out how you’re going to consolidate your losses, and come up with a plan that will solidify (Saturn) your happiness in the future (Sagittarius). There is a path, I’m sure of that.

~~~~
To update in 2019, people seem a lot more grounded in their problems or their depression or their lack or their hardship. It’s become more real and settled.

It doesn’t seem that long ago, people thought they could be anything or have anything. Many thought that just the act of wanting something would bring it into being.  I don’t know anyone who thinks this any more.

This does not mean that people has lost hope, necessarily. But what they hope for is a lot more modest and realistic.

~~
To update in June 2020, Jupiter is now conjunct Saturn and Pluto. The collective depression is deep and widespread.  Worldwide.

Jupiter brings hope, though it may not be readily apparent. All three planets are retrograde at the moment.  They’re sort of gathering nearer which is… scary.  I see this like a storm cell, which will eventually break up.

When Will The Social Unrest End?

The planets in the stellium have all turned direct.  From what I can tell, the “collective depression” has spread around the world. Jupiter, right?

Mid-December, Jupiter and Saturn will leave Capricorn for Aquarius.  On one hand, I think we’ll see things lighten up. But on the other hand, Jupiter tends to offer protection and Saturn functions well in Capricorn.  It’s as if things are somewhat controlled.  In fact, the word “lid” is being used.

Capricorn keeps a lid on things. Aquarius does not!  Consequently, the future is highly unpredictable. Luckily (Jupiter), Saturn is also at home in Aquarius so there should be some limits. Hopefully, they’ll be beneficial (Jupiter)!

And what about the depression?

I think the depth and breadth of our collective depression will lift, however if Pluto in Capricorn @ 26 – 29 degrees is aspecting personal planets in your chart, you’ve still going to be nailed down in some way.  This goes for people will planets in the late degrees of Cardinal signs, but also for those with personal planets in Fixed signs. 0-2 degrees, Taurus, Leo, Scorpio… and Aquarius as well.

Last year, we had Jupiter conjunct Pluto to keep people a bit more buoyed. This year, relief can be found by detaching. I come to this conclusion because Saturn is square Uranus. But the fact is, Christmas is coming and people aren’t feeling it.

This isn’t going to last forever.  Keep that in mind.  Jupiter’s ingress into Pisces will help but the main defense at this time is to work with the Saturn Uranus square.  While you can’t do anything about the events around the world, when it comes to your personal life, you can have quite a bit of control and autonomy. I know this for sure. I cracked the code and have shared it with a number of people.  This can be managed in a way that benefits you.

What I can’t do is make people feel Christmas-y when they don’t. I bought a poinsettia today. It’s for Christmas but also to remind me that spring is right around the corner… and when we get there, things will be different.

How do you feel with Pluto in Capricorn?