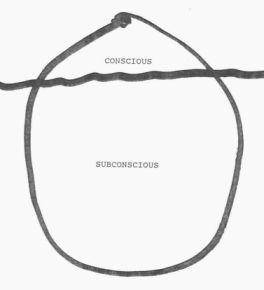 It was the strangest thing. I was out walking as I’m prone to do. I walk around the neighborhood and on the trails in the nearby park when weather permits just to clear my head and never give it much thought. But the other day I was out there and as I walked by 3 boys / men, I felt afraid.

The men were maybe 17-20 years old and doing nothing to threaten to me. They were just standing alongside the path chatting but I could not stop the reality from dawning on me – I was at their mercy.

Fact is, there were 3 of them and 1 of me. They were bigger than me, stronger than me and younger than me and if they had it in their mind to hurt me I would have little hope of defending myself.

This is not a new reality but the conscious realization of it is new. Last year, I’d have passed those men without a thought so I ran this by a couple people I respect.

I asked Claire-France what she thought:

“And they are thinking the same thing,” she said, chilling me some.

Later I recounted my experience to the soldier.

“You were right to be afraid. Dang it, P, now I am going to worry about. Can you just walk in the neighborhood?”

I am pretty sure that Pluto in Capricorn will profound affect on the level of fear and sense of security of the collective and I wonder if others are having similarly flavored experiences.

Are you afraid of things that did not scare you a year ago?