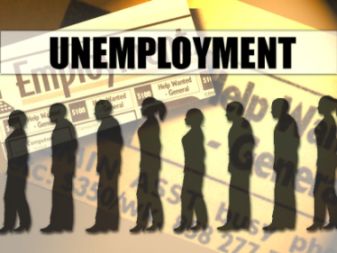 Vivian and I rooted for each other but from a distance because when you are in a whirlwind, sort of vortex it takes everything you have. You just can’t get too near another person’s whirlwind vortex or you’ll get sucked up but you can connect via the eyes so this is what we did and time passed the way it does.

Eventually the soldier moved here and Vivian and I had more in common than ever. We were both with men we loved, who we met when we were teenagers. Both men were ultra-masculine and devoted to their families and while neither of our daughters were healed things had calmed dramatically. We had a few months like that and then Vivian told me her husband had lost his job.

She seemed completely shocked and for good reason. Turns out her husband had been working at his job for about 20 years. Matter of fact it was the only job he had ever had in his life. They called him in on a Friday and told him they could no longer afford to pay him. He was simply making too much money.

Apparently the owner of the company who they considered a personal friend after all these years slipped out the back and had an assistant do the laying off.

“He knows he’s got a family,” Vivian said. “That’s where we get our health insurance. He knows our daughter is sick, if he was going to lay him off, the least he could have done is looked him in the face after all these years.”

“And the night before, Thursday night I had to take my daughter to the hospital again so at least that will be covered. I have no idea what we’re going to do. There is no way we can pay for her health care without insurance, never mind without a paycheck…

Ironically, the soldier had also been laid off that week as well. He was working as a machinist and the shop where he worked closed it doors without a day’s warning. Vivian and I just stared at each other.

The soldier is understated. He is not inclined to boast or sell himself so this combined with the fact manufacturing had collapsed (1 year ago there was a job a day on offer, currently one comes up every couple weeks) sent him back into truck driving.

While this was no one’s first pick by the time he arrived at this, it seemed okay because he was going flat out crazy cooped up at home with no work. He’s just not cut out to be idle so that was that, he went back on the road but Vivian’s husband took another path.

Her husband looked for work but found none. He was however working at odd jobs because men like this? Well they just don’t know how to not work.

Five months has passed and Vivian’s husband is still not working. I don’t think he’s looking anymore because he seems to be doing pretty well collecting unemployment, getting food stamps and working on the side. I suppose he’d take a job if he could find one that paid what his old one did and offered health insurance but jobs like that are hard to find… make that impossible to find when you’re not looking and why would he look?

Why look for a job when you are making more money without a job? There is really no incentive at all for Vivian’s husband to look for a job until and unless he runs out of unemployment which I think is a year out and will probably be extended so what does this mean?

It means that Vivian’s husband helps to put the legitimate business he used to work for out of business by offering the services they provide at a cheaper rate on the black market. So where do you think this will lead?