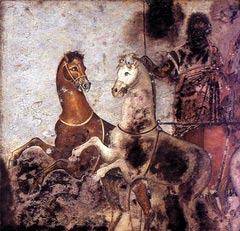 Pluto will turn direct tomorrow. I feel for you Aquarians (and other Fixed signs) but I also feel good about this.

I’m biased because as Pluto moves ahead, I’m that much closer to being rid of transit which has been… well, I’m at a loss for words.  But my personal life aside, Pluto’s forward motion signals progress on deep level.  If you’re attuned to these shift in the collective, it’s exciting on some level.

Yes, bad things advance but so do good things.  For example, this is my last post about Pluto’s transit through my 12th house.

I described my situation well, in hindsight. I know this because with Pluto fixing to move off my ascendant, I no longer feel this way.

I think this is apparent, if you consider my recent posts.  I’ve going from being nearly liquid to congealing… and this point I can begin to consolidate.

I mention this to give you hope if you’re still in the dying, rotting phase of your Pluto transit.   Hang in there!  Let the slow transformation advance – it’s literally the only way through.

How do you feel about Pluto turning direct?