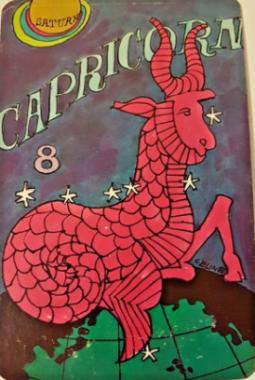 Pluto will turn direct on September 30th @ 18 degrees Capricorn.   If you have Cardinal planets between 15-25 degrees, it’s at this point you’re likely to become fully engaged.

I have planets are these degrees. It’s personal to me. I already feel this coming in. I see and I’m thinking about it.

When Pluto turns direct the planet will be squaring Mercury in Libra (conjunct my Mars Mercury conjunction). So yeah. I’m top of this and so far, so good.

My Transit Calendar came back from the dead!  This is a great sign for me and it gives you some idea what to expect as we near the end of the month.

I’ve been going to funerals.
Ive had quite a few conversations about death.
A number of people have tried to establish contact with me; it’s like calling into a black hole. I’m not home!
I’ve formed extremely strong bonds with other people via conversation. We’re committed at this point, ’til the end.

I realize this sounds drastic but you’ve got to expect that when Saturn and Pluto are headed to conjunction as they will be during this period.  We’re all going to take some knocks. I mean this quite seriously.  Plan to get up when you’re knocked down, set back of humbled. Realize you may have to do this more than once.

I want to get into some details with this.  It can really help if you come to a point where you’re grinding it out day by day or even hour by hour, etc.

If details aren’t your thing, just be aware of the big picture here – we’re getting very close to the January, 2020 Stellium in Capricorn.

The Mega Capricorns, born 1991-93 should also be paying close attention to this. They will be greatly impacted.

First I want to look at the period between now and when Pluto will turn retrograde, April 24, 2019.  Think of this like a cold front coming in (or passing through if your planets are earlier degrees). These dates can help you get and keep a grip.

This is one of the things I love about astrology. It offers a great illustration of how things do pass.  If you’re suffering, this list can help you see when “the darkest” is actually taking place.

It may also help to look at a bigger picture. For that, check this:

In general terms we’re going gain ground at this time. We’re going to push ourselves and our families, our nations or whatever, further on the path of transformation.

This is generally not a pretty thing to witness. But hey! I just had my hip replaced. That means a surgeon went in and used my knee for leverage so he could dislocate my hip and saw into my bones.  Libra just about vomited to even type that. But do you think I’d rather keep my rotted hip? No.

If you’re feeling stalled between now and the end of the month, use this time to deepen your commitment to the path you choose once you’re focused on it.  Anyone who can do this and deal with various delays and/or setbacks, will be in a very good position heading for 2020.

Do you have planets near these degrees of the Cardinal signs?  What’s happening in your life?