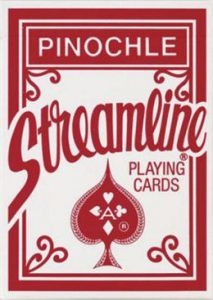 Back in April, I wrote about having Pluto conjunct my ascendant in my lunar return. It’s been a real vomit-ride, I’ll tell you what.

This is not to say I’ve not gotten something out of it. I’ve got some startling insights into myself and others. I’ve purged and I have been purged for that matter. ::flush::

I have most definitely been draped in the collective shadow, but I have known this one thing.  It takes me all the way back to when I was sitting a whatever card table, when I was a kid. Eight years old. Ten years old.

My favorite game back then was Pinochle. I love, Pinochle! And there are times when you play, Pinochle, that you know you’ve going to prevail.

This is because you’ve got the high trump card and you know how and when to use it. Or maybe your hand is overflowing with trump cards. When this is the case, it really doesn’t matter who says what or thinks what or does what, eventually, you’re going to throw down the trump and that’s going to be the end.

There is a gal in my (broad) circle who plays Pinochle. I’m considering letting her be the one to explain. “Hey, Fred. Tell them what it means when you’re holding the high trump card…”

All heads would turn to, Bernie.  “Tell us,” someone would say…

Astrology is potentially, “trump”.  But only if you know how to use it rather than have it use you.