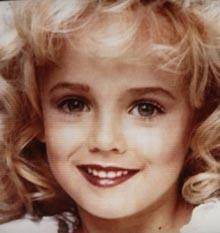 About the exploitation of these abducted kids and/or murdered children (Elizabeth Smart And Suffering In The Collective), JonBenet Ramsey was another. And I happened to have a front row seat for that one, or rather a backstage pass because I knew main tabloid reporter working on the case. I met him, see.

And I got to know him pretty well. I knew him well enough that for awhile there, I was the one he called while en route to make his various bribes.

And this guy was incredibly good at what he did. In fact, he was the one (working at the Enquirer at the time) who managed to make the tabloids credible during the OJ Simpson trial which is no small feat if you think about it.

And he was roundly hated of course. He was a real Pluto figure, skulking around but boy is this whole thing misunderstood. There is frenzy for this kind of information and who is responsible? The person who digs up the dirt? Or the person who buys the magazine? Because there is no shortage of customers.

And what about the people who sell their soul or their story to the tabloid for $500? There are no shortage of them either. Are you kidding? This guy’s phone rang off the hook. But here’s what I am going to tell you.

This guy came to this area to cover this story and he liked it here. He did not want to live here permanently but he thought a year or two would be nice. He wanted out of a motel too. He wanted to buy a place (he was a Taurus) so he so he orchestrated this. He sold it.

“Yeah, they’re going to let me stay. I told them I thought I could get 12-18 months of stories out of this for sure. The magazines are selling like hotcakes so they said, okay…”

And he did buy his place. I know because he invited me over for pot roast.

So this is my chart working, I guess. I am forever winding up chummy with the taboo. But what do you think? Who is the real shadow here?