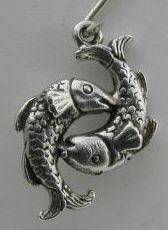 I love my husband very much and it often feels as though it is in my nature to love him. We laugh a lot together, have a deep intellectual connection, and have very similar values. I am 41, he is 42. We have been married for almost seven years and do not plan to have children.

Most challenging: he had a very controlling mother and I had a very controlling father. When I can remain positive, I view this as a great way to work out all of our emotional crap. And, we have really gotten somewhere on this. When our baggage gets all twisted together, we can see it and share things about our past to better understand each other. When I feel despair, though, I wonder what I have created for myself and feel stuck.

Here’s our pattern. If I start talking about something where he feels pressured into doing something (I’m not even asking for anything), he shuts it down by getting cranky. He’ll snap at me. It works. I shut down because I’m so hurt not by the matter at hand, but I’m disappointed that I have married someone that would snap at me.

If he makes a suggestion that I do something a certain way, I’ll stubbornly ignore him because I refuse to be controlled like my mother was. My head is often in a funk. So, he tends to over-react, I tend to shut down. It creates this gap in the road to deeper intimacy. I often find myself so angry at him, yet I just don’t even express it because he’ll find a way to make it my issue. I think so many years of his mother blaming him for things or controlling his life has left him unable to take on any more.

Sometimes he seems to treat me like his mother treated him. She was a nut about not bringing dirt into the house or doing something that might cause the house to burn down (i.e. leaving something on the stove). While he’s not a nut about the house or anything, he might say things like, “take those shorts off before sitting on the couch” (after we’ve been working outside). He’s always freaked out because I tend to do things like leave the stove burner on without a flame (dangerous!). He does stuff too (maybe less often than me, but I’m not keeping track), but I don’t react to things as strongly as he does…maybe I should
(i.e. when he leaves the shed door wide open all night, I’m not all in a knot about it, but if I do it, I get a big lecture). If anything bad were to happen in our house, I’m sure I’d get the blame even if it weren’t my fault.

Other than that issue, though, he is amazingly self-aware, sensitive, fair and an admirable self-made person. A few years ago, I learned to laugh more at myself and not be so serious. That really helped our relationship. But, I’d like to get past this terrible, sticky pattern we’ve been in for years.

The main reason I’m posting is I am having trouble seeing my own crap in this right now. We both acknowledge that we have baggage that contributes to our problems. But, I feel like he is transferring a lot of his old stress onto me by acting like his mother with me. I have trouble seeing him as a friend when he acts like a parent. I feel repressed and angry.

Am I just being a victim here? Am I like my controlling father, unpredictable and aloof? Please help! I feel stuck in a pattern and can’t see the ocean through my self-created current of swimming in a circle!

I imagine most who read this will think the same thing I do, that you are going to fare no better in a different relationship. And considering your first point is that you love your husband, I would just forget all ideas of leaving him and commit instead to fixing this – which most definitely means fixing yourself.

Astrology supports this in the fact that your chart is enormously challenging. And understanding that you will constellate these problems with anyone, anywhere, this is exactly what I would do: I would get a therapist and let the games begin.

Point is that if you play this out in therapy, it will take the take some the pressure off your husband and your marriage and give you a fighting chance. Because as it stands, the two of you in a vacuum are doing nothing but consuming each other.

I also want to mention that most of your chart is in the mutable signs and with Saturn going into Virgo, you are looking at 2 1/2 years of hard labor. You’re just going to be pressured to take responsibility for your behavior, but first you have to see the behavior and going to therapy will facilitate this. If you find yourself having the same issues with your therapist that you have with your husband, then it must be you and you can get to work on what’s dogging you. And I am not trying to make you feel bad. Just would like to see you find your way out of this and can’t see that happening without outside support.