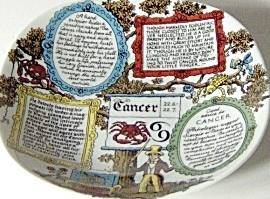 My husband is a Pisces. Lately he has been withdrawn. We talked and he said he is “through”. He is very tired and unhappy.

He told me he is thinking of moving out for a couple of months, but that he does not want a divorce and it does not mean he doesn’t love me anymore. He says because he works for two weeks straight, 12 hour shifts and only gets a day off, he does not have enough sleep. He gets off at 2-3:00 in the morning, then I go to work and he has to take care of our two toddlers, then our older two kids come home later. He said that on top of work and the family, that I demand too much from him.

We used to have sex everyday and it was a little disturbing to me when it dropped off. I thought maybe he was having an affair. He says no, he is just tired. Yet he likes to play little mind games to. He says he is not, and then asks me what if he did. I asked him why he plays those games; he just shrugged and asked me if I forgot out conversation (about him being tired).

I love my husband very much. We used to be very close. Do you think he is just tired? Lately we have been intimate again, but its not very intimate. He does not want to kiss, but he does kiss me when he goes to work and when I leave for work.

What do you think I should do? At this point I doubt he is moving out, I have been keeping the house cleaner than I normally do and he did seem a little happier lately. But then last night the no kissing and stupid, “What if I did [play games]?” got me worried again. Do you think I should just pull back and give him his space? I just need to know if we can be ok again.

I tend to think you should believe what people tell you until and unless there is some evidence to the contrary. So based on this, I don’t think he is having an affair and yes, I think you can be okay again. But you are going to have to take your husband very, very seriously.

Now I was exhausted just reading about your husband’s life, which is another reason I doubt he’s having an affair. Like when would he have it? He will probably not move out for the same reason. There is no time or energy available not only to manage to move but to deal with the kids and everything else. But don’t let this reassure you! You don’t want a man to stay because he can’t leave! You want him to stay because he loves you and feels supported by you… so this is how you heal this. By delivering what he needs and is in fact begging for.

Because no kidding… it sounds like he’s dying to me. He is literally having the life squeezed out of him and if were you, I would forget about the phantom affair and the mind games, because you know what? It doesn’t sound as if he is malicious. It sounds as if he is punchy – as in delirious from being overtaxed. So cleaning the house is good. Keep that up and look for other ways you can quietly makes things less stressful from him. Because this time you’re spending worried about the affair could be spent tending to your husband. And the sex?

Well listen to what he’s telling you. The man is TIRED. He cannot, does not want to perform every day… at least not in the short term. So there’s a plan for you. Stop worrying, stop pressuring and look for subtle ways you can show how much you love and appreciate him. I think this will go a long way towards turning your marriage around.