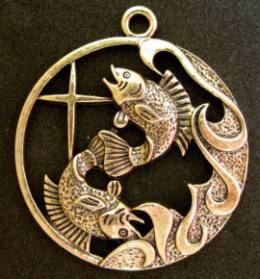 I have been in love with a guy for 2 years. We had a few dates which turned out to be very nice, and he always made me feel very special and admired, and gave me a lot of signs of being interested. But apparently I’ve read them wrong, because when I told him how I felt (I emailed him about it, clicked SEND and cried like hell in pure fear), he emailed back 5 minutes after and said he didn’t feel the same way.

This happened more than a year ago. I have avoided seeing him for most of that time. I have seen him once after that and we didn’t talk about my email love declaration. But meanwhile, I gave him a drawing I had made of his face which he liked. We also hugged that day, and a few days later I sent him a text message to encourage him for a TV interview he had that day; he answered back and said I was his angel. We met a few times those days, due to coincidences/synchronicities. I can’t help but feel I am connected to him and we are meant to be together somehow. I think I am finally starting to get over him though. I hope I am.

And, also there is this love/hate thing going on which is disturbing. I see him regularly now that I’ve started going to classes that he teaches, and I think we will probably be in the same places a lot since I want to do exactly what he does professionally (he is an astrologer and psychologist). So I need to learn to deal with the love/hate problem because it makes me act strangely at times, and it’s embarrassing and disturbing.

Do you think I should talk to him about everything that I feel so he understands me better? Or should I just move on?

No, I don’t think you should talk to him. I don’t even think you’re in love with him. It’s your father you love with and this guy is triggering that. He is just a surrogate, see. Someone you have projected onto. So if you want some insight, look along these lines.

Because you have Venus in Capricorn (there is always a parent theme) in an exact square to Pluto. So basically you have fallen in love (Venus) with this authority figure (teacher / Saturn) who is a psychologist (Pluto).

Further you’re a Pisces and so is he. Which smacks of delusion and denial in both directions. He doesn’t feel… however, you are his angel. ::smiles::

So bottom line: if you want to be unembarrassed, undisturbed, and not act strangely, it’s best you dig into this father complex of yours. And recognize that this guy is just a handy entity on to which you have projected.

~~
Have a question about astrology or life? Ask here! Also, please include your location. It adds a layer of interest!