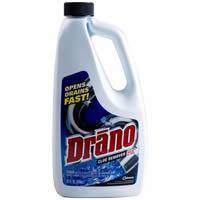 I was on the phone with a pal, talking about the soldier.

“Well, we are just dark people. We’re very dark. We live in the shadow and we absolutely like it this way and I’ll give you an example.”

“Wee checked into this motel and turned out the bathroom sink was clogged (Pluto). And he was cranky. He had to shave using that sink and it drained really slow so his hairs were stuck all over the sides by the time the water drained and it was gross.”

“So he got in, midnight and that’s when we found out about this. In the morning I called to have it fixed, but they said, no. No, they can’t fix it. There was no particular reason why, so it made no sense. What do you mean they’re not going to fix it? He was irritated. What do you mean, no maintenance? Don’t they have some Drano?”

“Good question and I have no idea where the Drano is. But we wound up leaving. Maybe we were going to get some Drano, or just put up with the sink or complain, I don’t know. What happened is we forgot about it and then the next day they called us.”

“Yeah. Hey you guys. We feel bad about that sink. We’re sorry and we want you to be comfortable so we’re going to give you a suite. Here. You can have the suite in the hotel.”

“Yeah. We get a suite now because of this. So I looked at him. They want to give us a suite because of the sink. They can’t fix it but we can have a suite. Do you want a suite, I asked. He didn’t look very convinced so I said, no. I told them, no thanks on the suite. We’re already unpacked and settled here. We don’t want to move all this stuff.”

“So then she offered to come pack us up and they’d do the moving. We don’t have to lift a finger. Oh brother. So I asked him about that and he said no to that too. And I was relieved because it was the last thing I wanted. I didn’t want to move and either did he. This is our bed, he said. We’re already slept in it. We have our nest made and we’re staying in it. That’s what he said and I felt the same way.”

“But how about you just get some Drano!” she said.

“Right. But we didn’t even want that by now. We wanted that back when we were leaving the first morning and not going to be around. You know. Fix it while were gone. But now we’re back and what we want is to be left alone. But you see what I mean. We didn’t want a suite. We had no interest in that at all and I noticed this. That we could be the couple who was staying in the suite but it had no appeal for either of us. What you can do though, is leave us alone. What you can do is not ring this phone.”

Would you have taken the suite?