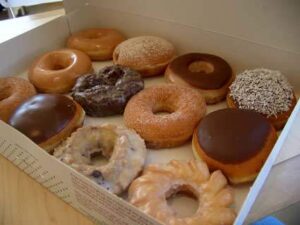 Elsa’s offering a special astrological ranking report on the boards here. She sent me mine and I found it highly interesting. It gives a score for 25 different personality traits from zero on up. Under 50 is designated “very low” and over 150 “very high.” Some received individual trait rankings over 400. My most striking score was for “Need to be part of an organization, company, or club. Contributor to group effort,” a zero! I would have preferred a score of zero on something like “Propensity to wet oneself in a public situation,” but that wasn’t covered.

Looking at my other scores and relating them to what I know of my chart I was able to surmise that this non-existent score was likely based on the fact that I have no planets in air or in the 11th house (groups). The text on the report suggested that one could use the scores to address the areas where one was likely to need improvement. I used it as a reason to really think about where my interests and abilities actually lie and concentrate on those. It was actually a relief to see a zero score on groups and group effort, not because I don’t participate in groups successfully but because it takes a lot of effort for me with very little reward as far as I can tell. I can do it, but why? Maybe that effort would be better put toward something that would result in satisfaction of some kind? It helped me to address the fact that I don’t get much out of it, something I probably wouldn’t have thought much about had I not seen that score.

It’s interesting timing as I have to decide whether I go to an early morning meeting tomorrow on my day off, or not. I don’t want to go, but frankly I don’t want to do ANYthing on a Tuesday morning. They could bring in platters of doughnuts and people making balloon animals and I still wouldn’t want to go. I feel I ought to go because everyone is expected to go and I do try to live within the expectations of the group for other reasons, reasons such as having a pleasant work environment. Every other meeting I’ve gone to has resulted in me feeling like I’m a little girl at the bank with my mother, writhing on floor and whinging, “It’s so boring in here!”

I have to say, after seeing that score I’m actually more inclined to go now. I can see it for what it is, an obligation, rather than how I’ve always seen it, as a failing. Hey, if I’m a Group Action Zero I can accept that. Fabulous! Now I can stop trying to succeed at something I wouldn’t even enjoy if I did! Problem solved.