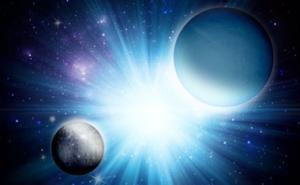 Over the last few months, I’ve been thinking about how the Uranus Pluto conjunction of the late 1960’s ties in with the event occurring now, with the same planets squared off.

I started here: Looking Back At The Uranus Pluto Conjunction (Late 1960′s) For Insight In 2014.
More recently I posted this: Uranus Conjunct Pluto In Virgo People (Tweaked By Uranus Square Pluto)

The conjunction of these planets in the late 1960’s started something.  At this point we can look back at those events with some perspective.  I believe there’s great value in this,  so I’m studying it in depth.

I came across the phrase, “perpetual adolescence” in a book I’m reading, written in 2001.

I googled the phrase before writing this. It was used in an article about “manning up”, published by Salon in 2011. The article was read by many and prompted a lot of discussion. Someone emailed me a link to the piece. I’m pretty sure someone linked in the forum as well.

I found another use of the phrase on American Thinker in December, 2013, but then I found this, written in 1969.

Education in America: 6. The Perpetual Adolescent

“…Dr. Douglass appears to be suggesting that “adjustment” is now aimed at slowing those of college caliber to the mental pace of the majority.

Our American educational ideal is being molded more and more to that image. We now place spe­cial emphasis upon training the dropouts, upon making the cur­riculum so soft that no one can flunk. Thus, we are caught up in one of the fundamental “demo­cratic” dilemmas of our age. It is no longer enough merely to provide schools for all; today we must determine what purpose those schools are to serve. If we make our schools sufficiently mindless to accommodate those least able, we run the grave risk of turning out a totally mindless graduate…”

This was written nearly 50 years ago and look where we are today.  I’m not specifically looking for people from this era who seem prescient in hindsight…but I am finding them. Knowing that what we’re witnessing today was both predictable and predicted, fifty years ago is liberating (Uranus) and empowering (Pluto).

If you’re interested in this topic, also check out “rantares’ post in the forum: Uranus square Pluto: 2072-2076  He takes a look at the history of the clash between these two planets.

His post is interesting, but my focus in regards to Uranus / Pluto is on the individual and their free will.

The 90 degree aspect allows us to see the results of what was begun fifty years ago. Society could make an adjustment based on what is being revealed at this time…or they can hurtle forward.

I expect the latter, but this does not mean an individual has to follow suit. I don’t intend to!

For example, I will do everything in my power to make sure my son does not become a “mindless graduate” or a “perpetual adolescent”. If this goes against the cultural norm – that’s too bad (see Opposing the Majority).

I was a kid in 1960’s. I had little to say about the direction my life took.   That’s not the case today. It’s not the case for most of the people who will read this. Maybe you’ll realize this. If not, the moment you do, your future will be a lot brighter.

Can you see the lines between the late 1960’s and our current day?