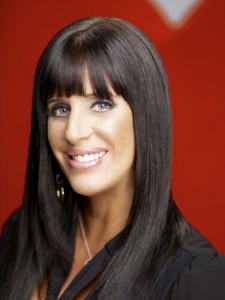 “Sometimes the best guys are worth waiting for.”
–Patti Stanger

I was just watching Bravo TV’s post Millionaire Matchmaker show of Live featuring Patti Stanger. She was answering questions and fielded one on how young was too young for certain ages to date. She gave some specific age ranges and mentioned there being a concrete reason behind her answers. Patti announced that she was not only a matchmaker but an astrologer, referencing the Saturn return as a lower age cut-off for maturity. Additionally, in her latest Millionaire Matchmaker show she facilitated a chart reading for a client in order to assess his wants and needs.

What a shock! I had to jump right up and hunt down her birth data. According to Wikipedia, Patti was born May 31, 1961, with no birth place listed, but presumably New Jersey, where she grew up.

Patti is a Gemini with either a Sagittarius or Capricorn Moon. I would expect a Sadge Moon, given a few clues she mentioned in the client’s reading as well as her general demeanor. A Sadge Moon would round out her Leo Mars and Aries Venus. She’s one fiery chick and it was such a charge to watch an out-of-the-blue chart reading on a mainstream television show.

It had been a source of talk that Patti had been a professional matchmaker for years but remained single, not surprising given her natal Venus Saturn square with Venus in aspect to Uranus. In 2009 it was reported that she became engaged on her birthday, her solar return, just days of both her Venus and Juno returns (Juno being associated with marriage). What a tasty tidbit!