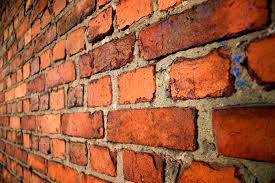 Astrologer, Liz Greene tells a story in one of her books, about a man who knocks on her door in the wee hours of the morning. She got to get up and answer the door. When she finds out it’s some guy who wants to chat…she gets pissed off and tells him to leave.

He tells her, how low she is. Apparently he’s spiritual and feels she should appreciate his presence. Basically, he didn’t know she was such a bitch. I can’t stand people like this. Dumb as a rock.

This happened to me, yesterday. As many of you know, I’ve been blogging since 2001. That’s a long time. I’ve built this site. It’s a service, but it’s also my business. If you think this is easy, you ought to try it. It’s takes a lot of energy of all kinds to maintain this place.

So yesterday, this guy come into the forum here, I have no idea who he is. He posts a link to his Go Fund Me…he wants us all to support his art.

He posted the spam again, so I blocked him.  I have a house guest, it’s a holiday, I have things to do, whatever.  I do not allow strangers to plaster my site with what is essentially an ad. I also don’t feel I need to waste my time or theirs, explaining this. Clearly the guy wanted to drum up some money.  The message is, you can’t do that here. The owner of this site has BOUNDARIES. Move along.

So then he writes me. Nicey-nice  – we’re peers see? We’re astrology peers. He wants to know how he can get his ad on my website.

I don’t want his ad on my website. I think he’s a rude opportunist. I have no desire to help him at all.

I didn’t want to write him back because I knew it wouldn’t go well. But I also didn’t want to have to continue to play games behind the scenes, blocking this guy, so I wrote him back. I was blunt. I told him I did not appreciate what he’d done and to go away.

He wrote me back to tell me that I was wrong and horrible and rude…so much so, he no longer wanted his special ad on my horrible website.

I swear, some people can’t see their own ass, to save their life. They live in some kind of delusion where their rules are the ones we should all live by. You better believe, their rules favor them.

The guy could have asked permission. Other people have and I’ve allowed them to sell their products here.  But they’re part of the community.  They’ve contributed to this site in some way.

This makes all the difference in the world.