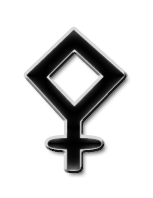 “Is the system going to flatten you out and deny you your humanity, or are you going to be able to make use of the system to the attainment of human purposes?”
–Joseph Campbell

Pallas Athena, the mythological goddess, originated from the head of Zeus (Jupiter) a fully formed, female warrior. She is associated with creative intelligence, particularly as it relates to war, healing and arts and crafts. The energy this asteroid expresses resonates with a blending of Aquarius, Leo and Libra. As simply as possible she represents the creative intelligence, perception of wholly realized concepts and balance.

The most important thing to see here is relative to perception. This is the ability to see patterns. It could be said that the level of intelligence relates directly to the ability to perceive patterns, the interrelatedness of concepts. The more objects a juggler can keep in the air, the more skilled he is. The more concepts a person can correlate simultaneously the smarter they are. If you can visualize the whole, you can take it apart and reassemble it in your mind without the aid of physical parts, you can recreate it in reality.

Now here’s an interesting bit and where we can see a unique influence on the Libra side: balance in the polarity of the masculine/feminine. Pallas Athena is feminine but the placement is also where we are likely to see where the feminine is sublimated in favor of the masculine. I see this as a reflection of pattern recognition as well. In a patriarchal model it’s only realistic to favor that which is valued by society, recognizing the emerging mode of the day For The Win.

Overemphasized in the chart or stressfully aspected this can be reflective of the woman who talks about her “balls” or the man who makes a big fluff about how super-macho he is. It is over-identification with what is perceived as the successful whole, at the expense of nuance and balance. An underemphasized Pallas Athene can expressed in the opposite, an individual who acts overly submissive to the dominant paradigm.

Okay, smarty-pants, where is your Pallas Athena? Do you perceive the patterns of creative intelligence in this area?

Interested in the meaning of the asteroids in your chart? Get a personalized reading here – Deluxe Asteroid Report.