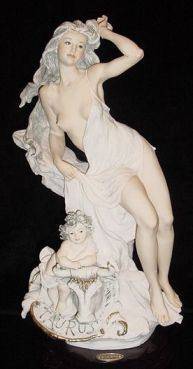 Two months ago, I met a man at a local open mic night. We hit it off from the beginning, going for coffee the first night we met. He got my number and gave me his. We went out on our first date a few days later and became much more intimate more quickly than either of us planned. Apparently, we have both been without a relationship for an extended time (13 years for me – 8 for him).

We are still seeing each other at the open mic and we go out (or stay in) every Saturday – but he doesn’t seem to want to see me more often than that. When we are together we don’t just have sex, we talk for hours about everything – except for us. He is gentle and kind, an old fashioned gentleman. He’s open and honest and seems to really enjoy being with me, and I with him. He calls me when he says he will and seemed genuinely happy when I sent a thank you card after our first date and an encouragement card when he went for a job interview.

He warned me early on not to be building expectations, but then he talks about things we’ll do next summer. I don’t think he is seeing anyone else romantically, and I am not either. After a 22 year marriage to a man who was extremely controlling and verbally abusive, I don’t want someone who will want to own me, but I think I would like to see him more. I guess I’m afraid if I push for more, he’ll run. He’s been engaged six times in his life and married three times, so his track record with women isn’t great. But I’ve been married twice myself, so I know people can make bad choices.

So here we are two people who are very attracted to each other but both very hesitant to commit. So here’s my question. How can I make this man really happy? How can I make him feel more secure with me? I don’t necessarily want a commitment. I don’t need that. But I don’t want to be just the Saturday night lay either. I’ve been out of the dating scene so long I just don’t know what to expect. Any advice on romance for the over 50 commitment phobes?

You have a profoundly commitment-phobic chart here (so does he). I don’t know there is any way you are going to be completely content and satisfied. I don’t meant this in a critical way. It’s just you want something that doesn’t exist. You want someone you can count on, you want to be special to someone but you do not want any baggage with that. It’s as if you do not want a commitment, but you do, but you don’t and I don’t think there is a cure.

Say this guy commits. Next thing you know you’re moving into his place or he yours. You’re going to merge your lives and it’s going to him, him, him and him. Are you panicked yet?

Or let’s say he wants to see you Monday, Wednesday and Saturday without fail. How long until that feels like a rut to you? Saturdays are a rut to you already!

See what I’m saying? How might he please you?

I know you want someone you can count on and I don’t blame you. If you get sick, you want to know you’ve a friend and lover who will show up but you freak at commitment so how do you think this might work?

You say you are afraid of running him off and I say you have to decide what you want. And if what you want is to be something other than a “Saturday night lay”, you are going to have to risk communicating this to this man. You need to know if what you want is compatible with what he wants so you can decide if you would like to continue to invest or not. But I’ll tell you the real risk is admitting you have needs at all. This is what I would work on. Because no one has to tell you how fast the next 10 years will pass. And you’ve got your freedom, sure. But just how lonely do you want to be? The answer to that is personal but this is the question to be asking.

I did not want to be 50, 55, 60, etc. without  a lover / friend I can rely on. So I chose to commit. My precious freedom is just not worth the price of loneliness to me. I have a need for companionship and I am going to do whatever is necessary to get that need met.

Do you have a similar need, or no? Figure this out and things should clarify dramatically.

I address commitment-phobia in my Master Class – Finding Love With Astrology
Have a question about astrology or life? Ask here!