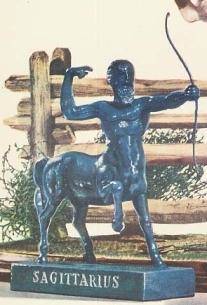 I think I’m not sure how the energy of a planet in tandem with a sign work. For example, Pluto in Sagittarius…. Did it inflame religious extremism or expose it as a destructive sham during these years from 1995 till now? Did it do both? Did it do the former in order to accomplish the latter?

One Of The Regulars

I don’t think Pluto in Sagittarius did any of those things. First, Pluto doesn’t inflame anything – that’s Mars. Pluto energy is yin so I can’t imagine it inflaming anything.

As for “religious extremism” that is your personal perspective overlaid a set of facts and if we’re not sure about that, your characterizing religion as a “destructive sham” tips your hand completely. There are plenty out there who have been empowered (Pluto) and buoyed by their religion (Sagittarius) during these years.

Yes we saw the shadow side / power of religion (and sports and courts and publishing) but so? It does not mean everyone is up to no good.

For clarity, look back at Pluto’s transit through Scorpio. We ate, drank and slept INCEST during those years but this did not mean all parents raped their children. So now we find out that many of our heroes are on drugs but not all of them. Tiger Woods comes to mind, he’s the new OJ Simpson.

Based on what you wrote I would say that Pluto in Sagittarius exposed your fanatic beliefs and if anyone thinks I am being mean to this person… I don’t think so. This is a man who likes a knife and I’m willing to bet he’s happy with this not otherwise.

What did Pluto in Sagittarius mean to you?