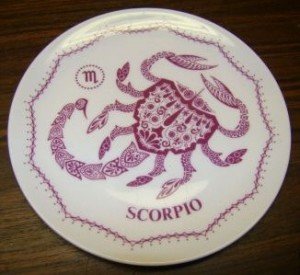 I’m increasingly into Astrology, but I’m not sure my spouse buys into it. So I don’t really talk about signs and houses as much as I would like to… just in case she thinks I’m making decisions about her using all this astrology!

How do I talk about astrology in a way that includes her, and doesn’t make me sound like I’m in a cult?!

When I deal with someone who does not know astrology or does not “believe” in it I leave the lingo out of our conversation, almost completely, though I tell them I am an astrologer. I might speak 2% astrology and I am careful about what 2% it is.

For example if you say Uranus is transiting your 7th house and whomping you on the head, this is going to do anyone any good. The main thing is to be patient and in my experience, 100% of the people come around although it may take 10 years.

You can say things like, “He’s an Aries and he’s always rushing around,” and then don’t say anything else for a week or two or three. When there is truth and continuity in what you are saying and when you are known to be credible, eventually people start to ask questions which you can answer as plainly as possible without any “selling”. As an example, I told my husband that I was an astrologer in 2003.  We had this conversation in 2008. He was looking at a thing of the zodiac I have on my wall:

I looked over my shoulder. “You mean the Scorpion? That’; Scorpio and you are that bug. You have a Scorpio Moon.”

“Oh. Good. I have always wanted to be that bug.”

“Who is the good looking naked girl?”

“Virgo. You know, Virgo the Virgin.”

So this is where we were after 5 years. Today he makes jokes about “Mercury flying” (retrograde) when things are chaotic. He’s absorbed more astrology then he realizes. In my experience, this is how it happens every single time.

It’s sort of like living in another culture. You see someone eat the food they eat and although it is not your normal food, if you see them happy and thriving on it eventually you say, “Hey, can I try some of that?”

Ask a question about astrology or life!