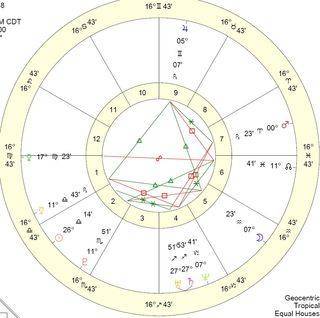 I’m a guy, and consider myself bi because I’m attracted to both genders, but nobody knows, but me. At work, I know a guy who’s a Scorpio, his birthday is on Halloween. Out of nowhere one day, he couldn’t stop staring at me in the eye from across the room.

I was shocked, so I looked away and a couple of seconds later I looked at his direction and he was still staring at me, so I finally looked away again and when I looked back, he disappeared. That night, I had a dream about him. I was excited because it’s like he hypnotized me, and so the next day I stared back at him without blinking for about ten seconds, which felt forever.

We haven’t really talked, just a few words to each other and when I try to talk to him, he really doesn’t talk a lot. There are days that I catch him trying to look for me. There are other days when he just appears out of nowhere and starts staring at me.

I’m now attracted to him. He’s the total package. What is he trying to do? Is he staring at me because he’s attracted to me? He never talks about girls, so what does this mean? Is he gay? I want him.

This is a 20 year old man born in a small town in Texas. My guess is this other man interested and (perhaps) they are living in a repressed environment. And while I may not know that much about how gay men operate, I know a lot about heterosexual men and they absolutely do not behave in this way. For starters, heterosexual men are busy looking at the bodies of women and on top of that, would not be caught dead staring at another man less someone think they are gay!

But I am not sure I am the best person to ask being as I am a heterosexual woman so I thought I’d put this up there so others could offer advice (Marc, where are you?)