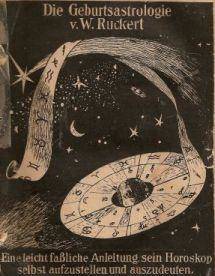 In looking at my children’s charts I noticed that each one had some of the same themes as mine: the same conjunctions, the same packed house, the same aspects between certain planets. Then I looked at my mother’s chart and found the same thing.

Does this always happen? Do you think it would be the same with an adopted child, or would the aspects be similar to the birth parent?

I can confirm the patterns in families – it’s alarming, but have never studied adopted children For example, everyone in my family has Mars Mercury in some form, whether they have these planets in aspect or Mars in Mercury’s sign or Mercury in Aries or whatever. Like this:

I have Mars (Aries) conjunct Mercury in the 9th house (Jupiter). The conjunction is in Libra.

My son has Mercury in Aries (Mars sign) conjunct Jupiter (9th house). His conjunction is in the 7th (Libra) house.

Now those two configurations describe very similar energy sort of like there are any number of ways to add up to 10 and it’s the same way with my daughter.

I wrote for a year about Saturn Neptune (Hall Of Mirrors) – I am of this ilk and so is my daughter. She has Saturn in Pisces (Neptune’s sign) and Neptune in Capricorn. I have neither, but she obviously follows suit in her own way. The universe is gorgeous like this and point is these type similarities go beyond the obvious things you mention.

I am pretty sure if you looked at adopted families you would find situations like this but I cannot offer real life examples because I have no access to data.