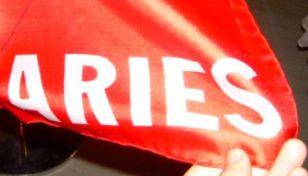 I was talking to Ben last night about people who don’t like me, who as group have become one of my current fascinations. And I wish I’d have done this long ago because it’s opened a whole new world. Ben is a Scorpio with an Aquarius rising and an Aries Moon, all of which is obvious in this.

“Well Ben, their lives are unlived and now they’re mad at me because I live mine. There is no other reason to become so infuriated at someone out in the world who has never done a thing to you. Why else? Why attach all this fury to me? If a person was out living their life, they would have no time to concern themselves with mine. It would be the last thing on their mind.”

“And the reason they can’t or don’t live their lives is because they won’t look at their shadow. The simply refuse to see their shadow and integrate it so they can live. Instead they throw it on me and people like me and people like you and consequently they get absolutely nowhere. Because you just can’t live your life when you are concerned about how another person is living theirs. In fact, I think that is an insane thing to do. You’re going to pick apart another person’s life? I can think of nothing stupider.”

“And I teach my kids this too,” he said. (Middle school) “When they first come into my class I don’t put them anywhere. I don’t assign seats. I make them figure out where they are going to be in the room. You decide where you are going to put your chair and where you are going to set your stand down. I make them find and mark their own spot. You figure out where you go and how you’re going to carve out some space for you and your instrument so that you can be in this is class, learn and get the most from it. You want to be in the back corner? Then go back in the corner. Front row? Over there? Figure it out! Don’t come crying to me! A person has to figure out who they are and how they are going carve out their territory and they are the only ones who can do it. And if they don’t? Well you’re right. They’re going to be very upset with those of us who have and that’s just too damned bad.”

Have you carved out your spot in this life? 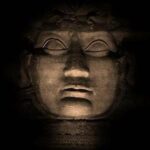