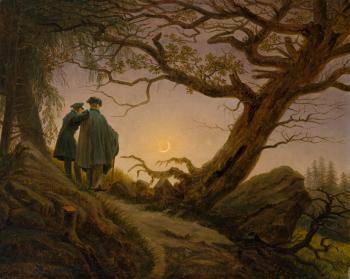 I’ve spent more than a week cleaning up and / or cleaning out the archives. More than two thousand pictures are linked to other sites. I have to either change out the pictures or delete the content at this point. The only way to so this is one post at a time. I’d call it a nightmare but in the scheme of things, it’s more like just something I need to do.

It’s been emotionally upsetting for me. You wouldn’t think something so mundane would stir feelings. But in this case, most of the old content on this site is quite personal. It was very interesting to the audience here, at the time. Things have changes over the course of the last seventeen years. That’s how long I’ve been blogging.

I have about seven hundred more posts to sort through. Assuming I can keep up the current pace, I should be done in another week or ten days.

This is tied to this post in a way: The Grace To Accept Your Own Mortality. If this is to ever be done, it should be done by me.

On other note in regards to site admin; if you try to log in and your account seems “gone”, it probably is. For people who don’t visit, I did suffer a profound attach some months ago. I lost a lot of content and some user accounts as well. That’s another thing I’m doing right now. Cleaning up post the cyber tornado that ran through here.

Astrologically, I’d give this to all the Capricorn planets transiting my 12th house. It’s hidden work.

To the woman who just sent another nasty remark, I’m embarrassed for you.  You have enjoyed my newsletter since 2010 – that’s EIGHT YEARS. You’ve never spent a dime on this site; nor left a kind word or even a shred of encouragement of any kind.

Now you don’t like me any more and you want everyone to know it?

Here’s your announcement, hon. My voice carries further than yours.