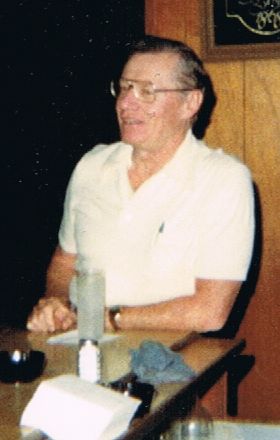 That is Ted. Ted was rich and notice he is drinking soda water. Ted didn’t drink.

I am not sure why Ted didn’t drink, he sure loved bars and the people in them, especially mine.

He might have had a drinking problem in his past, I never asked. I might of asked but I think the bar owner, Judy told me it would be rude. I was very much instructed to treat Ted well and you’ll find out why on the next bit.

Ted had a couple claims to fame I can tell you about. One was that his was the first liquor license ever issued in the state. Yeah, Ted owned a bar downtown and when they passed a law requiring a license to sell alcohol, apparently he was the first in line. His bar was dark and swanky, a place celebrities would go with whoever they were screwing while in town. He had that place for 30 years and one time he got me a date.

It was, Ted who set me up on a blind date on a plane. I flew on a small Cessna, to and through the Grand Canyon which they used to allow at the time. You could actually fly around in the thing so we did that on my date… and stopping at Oak Creek Canyon, AZ for lunch which I thought was pretty cool. Here is the version of that story…

And you can read about him here.

Ted liked bars all right and I betcha anything he remembers me.