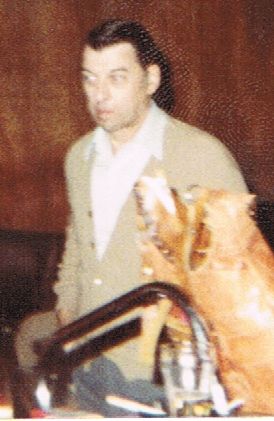 That’s, Larry. He’s not near as squirelly as he looks in the pic, that’s a bad shot. Larry dyed his hair.

Yeah, he did and they gave him non-stop shit about it. Every few weeks he’d come in with his hair freshly dark and people would tease him and make quips without mercy, especially his best friend, Al who is featured next.

Larry could have cared less. He liked his hair and demonstrated this by running his hands over when people made remarks, explaining he knew they were jealous of his extraordinary good looks.

Larry was well respected and had a a prominent job in the city. Years later when I decided to a apply for a job I was unqualified for at Frito Lay, I tapped, Larry along with some others (Al, etc.) for letters of recommendation and they came through in a way that was astounding.

I had four interviews at Frito and they finally narrowed the field to two people. I was up against a guy with a degree in marketing who by all rights should have gotten the job but I was hired due those letters.

“No one has ever come in here with letters this impressive,” the top guy said who I learned later did NOT want to hire me. “These people think very highly of you,” he added, flipping the stack of four letters against the desk as he spoke. Larry’s letter was on top and he rattled off his title from the letterhead and shook his head. “You have some pretty important friends,” he said. I didn’t answer because to me, he was talking about, Larry who did not shoot near a good a game of pool as his friend, Al. 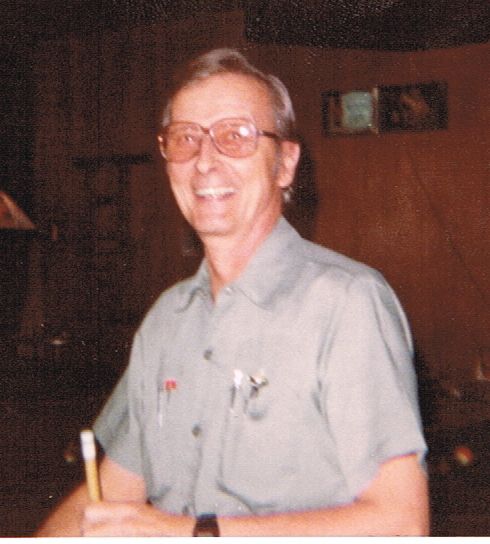 This is, Al. Al was building engineer who had a (high rise) building he was in charge of. Because of this, Al wore a beeper which was very unusual in the era and the thing went off all the time. He explained that when you have a building this large, things went wrong all the time so he was always having to send engineers or repairman out to work on this or that or the other thing and occasionally had to go to work himself and when he did, he’d be nervous because it meant the problem was huge.

The other men in the bar called Al’s beeper, his wife, which I thought was pretty funny. I don’t know how it is these days but back then the worst thing that could happen to you – the most embarrassing thing was when someone’s wife called to tell them to come home from the bar. That would get you mocked beyond belief.

In whatever case, Al was super personable as you can see in the pic and he had a wife for real, unlike Larry who used to date.

This is why, Larry dyed his hair according to, Al. It was so he could try to look young and get a woman to put up with him, something Al said would never happen, “Because just look at him.”

Al was one of the better pool players in the place and took the shit serious too, for which he was chided. I mean, Larry would get talking to someone and, Al would be waiting for him to take his turn and get pissed. ‘Elsa, could you tell the suave one that it’s his turn to shoot?”

Yeah, Larry was the suave one and Al, “the old man”.

Larry and Al met for a beer 5 or 6 times a week, informally for more than a decade. They would usually both show and it was kind of sad when they missed their collision. “Larry been in?” Al would say.  Or if it were, Larry, he’d ask, “Seen, Al today?’

I told them more then once to call each other but they both waved me off.

“I’m not calling that asshole.”

“I don’t have that jerk’s phone number.”

I’d known them for 5 years when they teamed up to help me get a job and get out of the bars.  Do you see how good these people are?