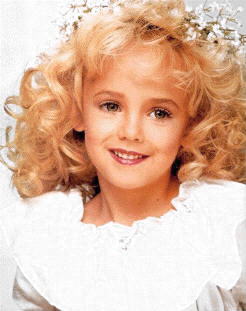 The other day when I was looking for the date of my divorce so I could get a marriage license I came across a folder of astrology charts from the early 90’s. That was when computer programs to calculate charts came out but I didn’t own one. At the time when I met someone I made a trip to the metaphysical bookstore and a dotty old fashioned DOS chart print out.

On topic, I have the chart of the main tabloid reporter who covered the JonBenet Ramsey case. This was after Nicole Simpson was murdered and you may or may not remember it was the tabloid breaking all the news in that case. They really gained status at that time, routinely publishing things that were later proved true and this guy was front and center in that. (He is a Capricorn rising so quite credible)

He came to Colorado to cover the story when JonBenet was killed and I met him right away. I just plain met him randomly and we hit it off.

The relationship was not romantic. He had a packed 3rd house and liked to talk. He quickly ascertained he could talk to me so he did. His job was wild. He called me multiple times a day rushing here to there to offer and/or deliver bribes to various sleezy people.

You can judge that if you want. I did not. I see it as supply and demand. Who is the shadow person, huh? The tabloid reporter or the customer with the voracious appetite for these type stories? From my front row seat it appeared to me he was doing his job and boy was he good at it.

I was writing on astro mailing lists at the time and had fallen in a group of crime / forensic astrologers. I am not interested in that so much myself but imagine their shock when this kind of access to information.

This crime group got so involved in discussing this case on the mailing list we were kicked off it. Yeah, we were asked to leave so we did. 6 of us then 8 of us, then 10 and eventually there were 12 writers in the group. we wrote intently for about a year… it was a phenomenon really.

To finish my story, a year later Gianni Versace was murdered and our group became obsessed with the case, myself included. We were on that case like crazy and when the murderer, Andrew Cunanan was on the boat about to be stormed by police, one of the men in our group posted they would find him dead based on a horary chart and sure enough they did.

Princess Diana was killed next and that was a weird one because I was whacked out the night she died. I specifically wrote an astrologer pal and told someone born in 1961 was going to make the news big time which in hindsight was a strange thing to say. 3 hours later Diana was killed in a crash… born in 1961. The man I spoke with that night reads here at least now and then ::waves:: – he was stunned.

Dale Earnhardt was killed in 2001. This was right before I started officially blogging but I was writing about astrology on a message board at the time.

I don’t follow NASCAR at all but I knew there was a race that day (I am a newshound) and looked at the day’s chart for some reason which is also unusual for me. I do it now to write these forecasts but I didn’t do it then but that day I did. I was struck by the stress Mercury was under so wrote on the board, “Bad day for a race. I wouldn’t go…”

I wouldn’t go to a race anyway so it was a weird thing to say. A couple hours late, Dale Earnhardt was dead.

I have a packed 8th house. I guess it shows.