Few people believe there is no such thing as a crime of passion when hard research shows otherwise.

“I lost my mind and killed her?” Turns out this is something criminals tell juries and judges and lawyers but it is not what they tell Lonnie Athens.

Lonnie Athens is considered a maverick in the criminology field. I was introduced to him by HQ some years ago when knowing that I’m interested in violence, crime, sociopaths and so forth, he sent me Lonnie’s book(s). He sent me The Creation of Dangerous Violent Criminals first. Later he sent me his second book, Violent Criminal Acts and Actors Revisited
.

Violent Criminal Acts and Actors: A Symbolic Interactionist Study is based on  interviews he conducted in the late 1970’s so this research is not new. It’s not new but poor Lonnie just can’t seem to get the word out – crimes of passion (if they exist at all) are exceeding rare.

Lonnie discovered this when toured a bunch of prisons and interviewed a bunch of violent criminals. He was not a judge nor a jury and I guess he was also not a jackass because he was able to get these people to talk to him and I mean talk to him.

This was before they started to drag cameras into prisons to give violent criminals an audience and edit the footage into some entertainment piece in the Raw Lockup vein. Lonnie conducted hard research with little support and no fanfare.

Lonnie is smart and scrappy. He does not fit into the intellectual world all that well and he is definitely not a marketer. However, deviant criminals are drawn to him and he was able to get them to talk and when they did talk, guess what they said?

They said they knew exactly what they were doing. They said, this or this or this happened and they felt this and this so decided to do “that” where “that” is bash someone’s head in with a tire iron. They said,. “I decided to rape the fuckin’ bitch just ’cause she looked so good…”

“I figured I might as well cut the bitch’s head off, since she screamed and all…”

As for the astrology, I have Mars conjunct Mercury in the 9th house and I want read (Mercury) and know the truth (9th house) about violence (Mars). I want to broadcast it as well, obviously.

If you are a women who run the man over with the car or heads over to his house in a supposed daze with a knife and a gun, you best not get me on your jury because when you say it was a crime of passion, I’m going to laugh. 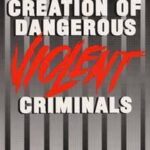 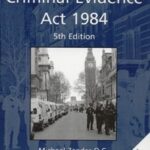