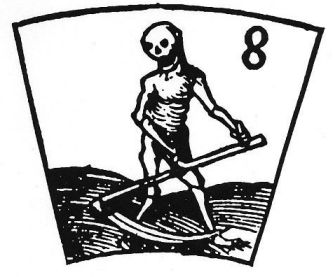 “I’m thinking,” I told the soldier. “No one wants to hear stories of the nefarious.”

“I am thinking about my friend who died. I am glad her family doesn’t want to talk to me at this point. I obviously don’t know where the lines go. If it were me, I would want the story, the story is precious. You can’t hear these stories anywhere else in the world and you say people don’t want to hear stories about the nefarious but it’s not true. You can’t say there isn’t an appetite for this stuff because there is. Look at all the cop shows and grisly murder shows… investigations. People watch that stuff  so where is the line? Is it when it is real and there are emotions involved?”

“You said earlier today, you’re secretive because how people respond when you’re not secretive.”

“But I’m not you. I think I am supposed to broadcast this… stories of the nefarious.” (Jupiter trines to the 8th)

“Well you may be. But if you do, you’re going to have to deal with people’s bullshit,” he said. I recalled what happened on this blog when I claimed kinship with Elizabeth Fritzl and Jaycee Dugard and shook my head.

“Yeah, well where the hell is the line? Tonight I put up part of a story, it’s a funny one. It’s a good story and it too is a rare story in that it happened. It’s a real. recorded moment in time that led to a series of events but it was funny, see? So I know I can get away with that. I can be funny but what else can I say? I am going along and at what point do I cross a line and become repulsive?”

“I don’t either. The nefarious stories are funny too,” I said. “I mean they’re entertaining as hell… as far as I know. They entertain me! But you must just have to be fake to get away with it. People just can’t handle reality, as in a story that is real which also baffles me because reality is the only thing that is actually interesting. How is a lie interesting? Someone makes up a lie and people say ooooh, interesting. I don’t get that at all. I mean it beats me, I just don’t get how lies are interesting even minutely.”

Such is the situation for Saturn Neptune. Can’t find a line if my life depended on it. It is a hard line of confusion is what it is.