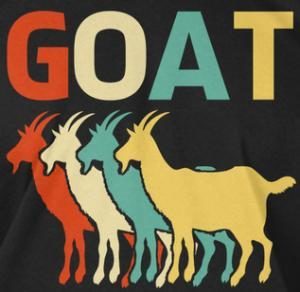 I can’t believe I didn’t see this coming! Mars will join Jupiter, Saturn and Pluto in Capricorn on February 16, 2020.  This stellium will be maintained four weeks, until Saturn ingresses into Aquarius on March 22nd.

Mars is in exaltation in Capricorn while Saturn is in it’s home sign. Jupiter is associated with luck and opportunity. Pluto is all about focus. Capricorn accomplishes things. This stellium will provide an exceptional opportunity to reach higher ground.

To put this energy to use, define a goal, commit to the goal, focus on the goal, as you head in your chosen direction with a plan to persevere! If you work with this frame, you have a very good chance of crossing the finish line.  Further, your work and the education you gain during this period should pay dividends for the rest of your life. Yes!

Now I want to mention the “death” part of this. I know that a lot of people have been hit hard by Saturn Pluto. I’ve been hit hard.  I know many are dealing with extreme hardship. You may be afraid of this stellium making it worse. 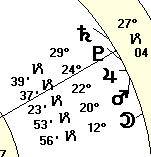 I don’t think that will happen. I am not saying that your dying family member with be cured. I am saying that you’re likely to find yourself fortified when Mars gets involved.  Just think about a knife, cutting through crap!

If you have planets in Taurus or Virgo, this thing is really going to help you out.  Details here: Effects Of Stellium in Capricorn – Earth Signs.

Check the house in your chart where this stellium falls. That’s the area of life where you want to focus your effort to progress.

If you have a birthday in this time frame, check your Solar Return.
It will show up in Lunar Returns as well which is how I discovered this.
The stellium falls in my 2nd house. I expect to make money.

Where does the new stellium in Capricorn fall in your chart?