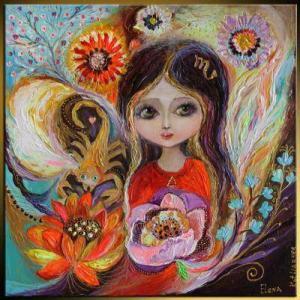 The new moon in Scorpio will take place on November 4th, mid-afternoon at 12 degrees. The sun and moon will oppose Uranus in Taurus, also at 12 degrees. We’re going to get some upset stomachs out of this but Saturn in Aquarius will have a thumb on all involved.

I’m sure you’ll read all about “pressure-cooker” with this and that may be right.  But I’m inclined to see Saturn’s involvement as a positive.

I say this because Saturn is in it’s own sign. The aspect is also fairly loose – five degrees, separating.  Based on this, I’m seeing two parties in a stand-off…with a parent in the room!

Now it’s true, all hell could break lose.  But you have to admit, what I’m suggesting makes sense.

Whatever occurs, some “healthy” authority should be on the scene. I’m sure you get the picture!

Now if this is the picture, and you’re reasonably mature – say, sixteen years old and up, then you should be able to check yourself.

You’re going to want to switch something up with this new moon. Experiment! In a way, it’s ideal. Super creative and exciting, but we all live to see another day!

In fact, this reminds me of when my early teenage son and his best friend decided to drink a bunch of 5-hour energy, which they stole.  They bounced off the walls all night, but they survived and learned something from the debacle…especially when my husband found the bottles in the trash.

We set intentions under the new moon. Here are some ideas, based on the house in chart where the sun and moon will fall.

Where does the new moon fall in your chart?  What would you like to see manifest?